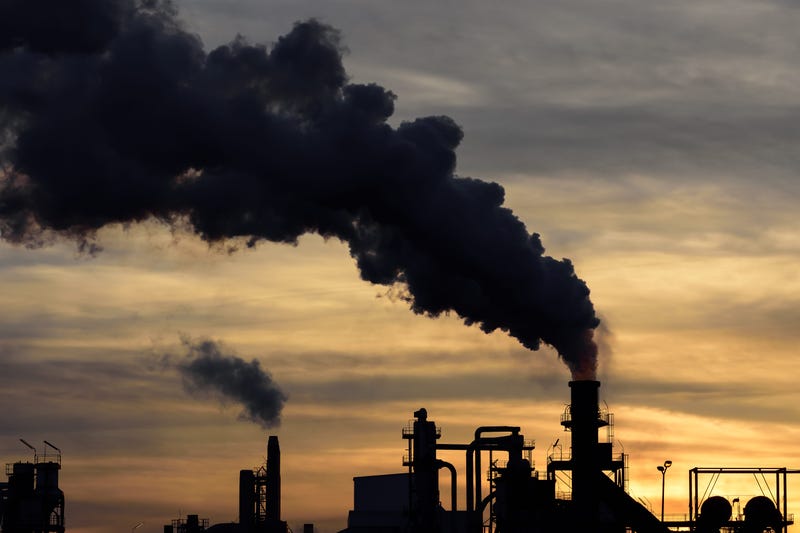 HARTFORD, Conn. (WTIC Radio) - State Attorney General William Tong announced a lawsuit against ExxonMobil Monday under the allegation that the oil and gas company deceived the public about the impact burning fossil fuels has on climate change.

According to Tong, the lawsuit includes evidence that shows ExxonMobil knew burning fossil fuels contributed to climate change as early as the 1950s. With research conducted in the 1980s, ExxonMobil had more details about climate science and its effects, Tong said.

However, Tong alleges that ExxonMobil hid its research and launched a "campaign of deception" in the late 1980s, rather than share its research and help find a sustainable energy solution. Tong said it's an ongoing campaign with ads falsely portraying the company as one meaningfully working to combat climate change.

The deception, according to Tong, led to lost opportunities for the state to prepare for and mitigate climate change, and it helped in spreading the idea that climate change is a not an urgent crisis, that it is a hoax or that it isn't real.

Under the Connecticut Unfair Trade Practices Act, the lawsuit seeks remediation for climate change harm, restitution for investments already made due to climate change, the disclosure of all climate research, disgorgement of corporate profits, the establishment of a third-party controlled education fund, and an end to the alleged false and misleading information from ExxonMobil.

"ExxonMobil sold oil and gas, but it also sold lies about climate science. ExxonMobil knew that continuing to burn fossil fuels would have a significant impact on the environment, public health and our economy. Yet it chose to deceive the public. No more," Tong said.

Department of Consumer Protection Commissioner Michelle Seagull supports the lawsuit. "Connecticut communities have seen very real damage from climate change, but for decades ExxonMobil has misled the public by downplaying the harmful effects of the fossil fuels they sold," Seagull said.

"Our case is simple and strong, and we will hold ExxonMobil accountable," Tong said.