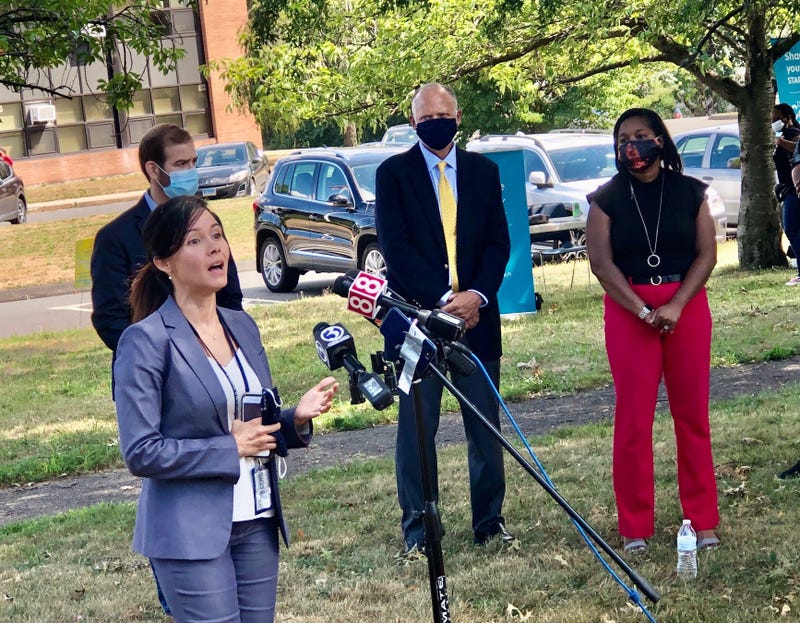 Hoping to prevent transmission of COVID-19 in Hartford Public Schools, officials are monitoring an increase in cases around the city, as they weigh a switch to "hybrid learning," starting Oct. 19th.

Mayor Luke Bronin says testing in Hartford shows an average positive rate of 2.6% over a seven-day span. That about a full percentage point higher than the state average.

The mayor says a decision will be announced on Monday, Oct. 12th.

"We're going to continue to look at that data closely together," said Bronin, "and we'll make a public announcement on Monday the 12th (of October)... and if these trends continue, it will very likely result in a shift to a hybrid learning model on October 19th."

But HPS Superintendent Dr. Leslie Torres-Rodriguez is concerned that the rising number of COVID-19 cases in the city could lead to trouble in the schools.

"Currently, for those 7,000 students (who chose in-person learning), the Pre-K through 9th (grade) are coming to school every day and the 10th through 12th graders are on a hybrid model. When we make the shift... the ones that are in Pre-K through 9 are going to go to a hybrid model, so that means they're only coming to school twice a week, and then our 10th through 12th grade will move to a fully remote model. That's a shift for everyone."

While again asking city residents for their active cooperation in the mitigation effort (masks, social distancing, etc.), Mayor Bronin is reminding those who test positive for the virus cooperate with contact tracers-- a vital part of tracking, and possibly containing, outbreaks.

"For some reason, we're finding an increased reluctance to share information," he says, "The faster you share the information... the faster our team can work to help keep others safe."

To those who might be concerned that taking part in the tracing effort could lead to legal repercussions related to immigration status or anything else, Bronin says there are none.