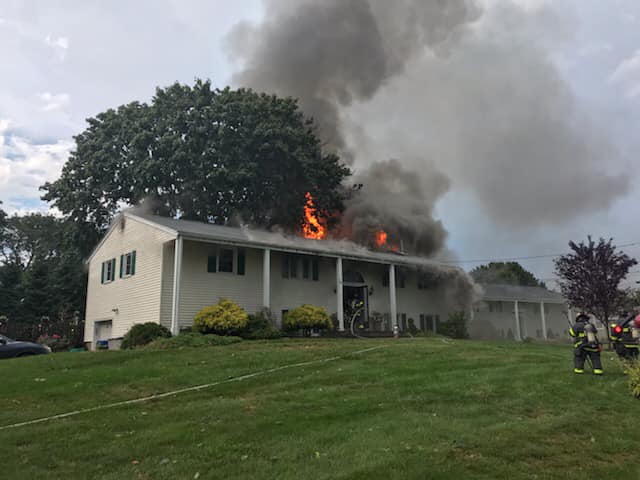 NORWALK, Conn. (WTIC Radio)_ A Norwalk firefighter was injured at a house that was believed to be hit by lightning Monday afternoon around 4:50 p.m.

The fireman was injured when sections of the ceiling at the Richlee Road home fell on top of him. He was temporarily knocked unconcious.

He was transported to Norwalk Hospital, where he was later in good spirits.

Flames spread throughout the kitchen, dining room, and living room.

Firefighters also relieved a large propane tank that was blowing off pressure with a 40' fireball.

The house has been deemed unfit for occupancy.

No one else was injured in the fire. The Red Cross is assisting two people and two pets displaced by the fire.

Officials are investigating exactly what caused the blaze.