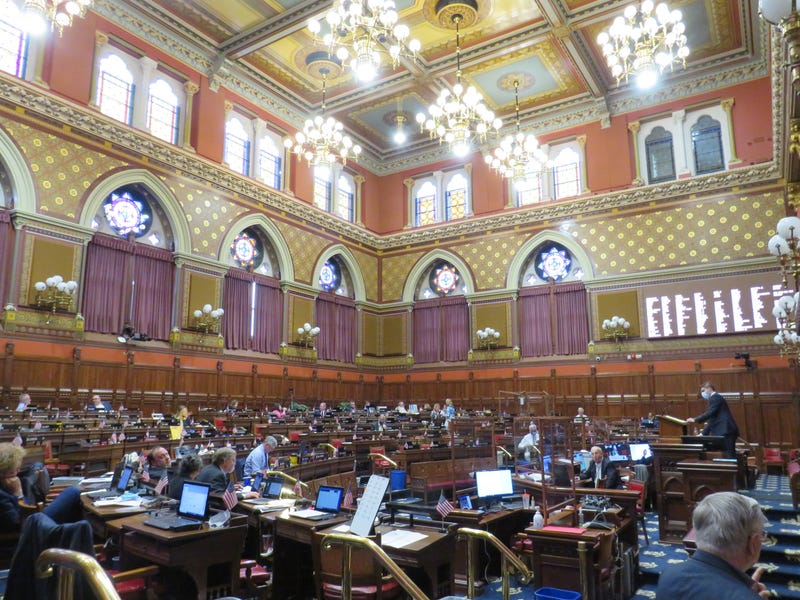 Connecticut's marijuana bill won't get final passage in the last hours of the current legislative session. Instead, it will be considered during a special session later this month.

The decision to call the legislature back during a period that typically means vacation time, for many, was made because a planned Wednesday night Republican filibuster could have run out the clock on the bill. The session expires at midnight.

"It seems to me that there was a handful of people on that side of the aisle (Republicans)," says House Speaker Matt Ritter (D-Hartford), "who felt that fourteen hours of a debate was not significant, even though that would basically tie the longest debate of my ten years. All they're doing is inconveniencing people on a bill that you can't stop from being called."

Ritter believes the House will pass the measure, which would legalize marijuana for recreational use, when it reconvenes in special session. The Senate passed the bill narrowly, 19-17, early Tuesday morning.

House Republicans have voiced their concern with the process leading up to Senate consideration of the bill, when Democrats scrambled to remove a line that may have given an edge to a specific individual in the licensing process.

"We have plenty of Republicans who support the legalization of marijuana," says House Minority Leader Vincent Candelora (R-North Branford). "The bigger issue is... how it is structured and how it is distributed."