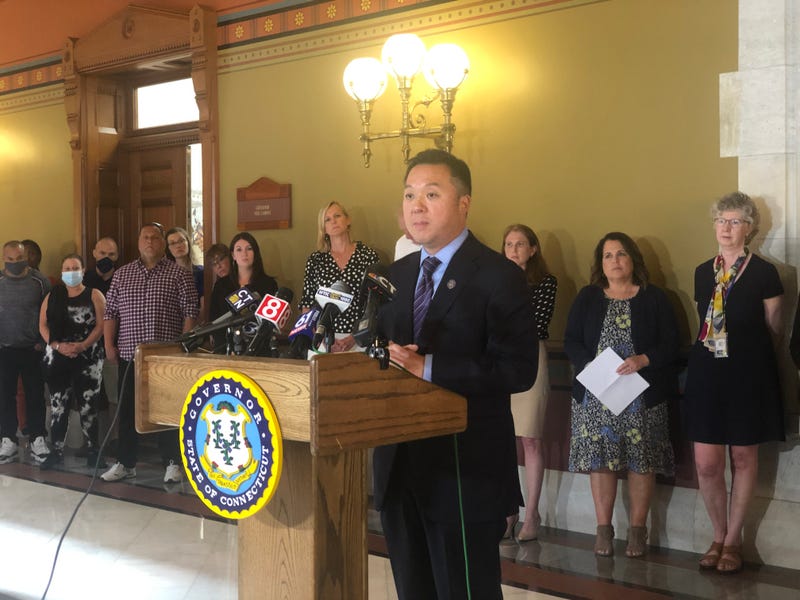 "This is the second largest cash settlement of any litigation in history," he says.

The deal, covering the companies' role in the nationwide opioid addiction crisis, trails only the $200 billion settlement with the tobacco industry.

The participating companies would not be held legally liable on claims that they fueled the painkiller addiction that's killed hundreds of thousands of Americans, including more than one thousand per year in Connecticut. States and local governments must approve the agreement before it is finalized.

Connecticut would receive roughly $300 million, primarily for prevention, treatment and other services to combat the ongoing crisis.

"We are investing in our communities, we are investing in our schools, our children and our families," says Maria Coutant Skinner, Executive Director of the Torrington-based McCall Foundation, "so that the wreckage and the heartache that we are seeing around us can be dissipated, it can be mitigated with good prevention."

Attorney General Tong says those distributors play a major role in the crisis, since they're behind almost all of the prescription drugs in the U.S. In the case of opioids, they've spent decades pumping out orders that are well beyond any reasonable demand.

"All of us have heard horror stories about pill mills," says Tong, "and doctors who overprescribe opioids and pain medication, and communities see two, three, four, five, ten times more opioids than any one community could ever possibly use."