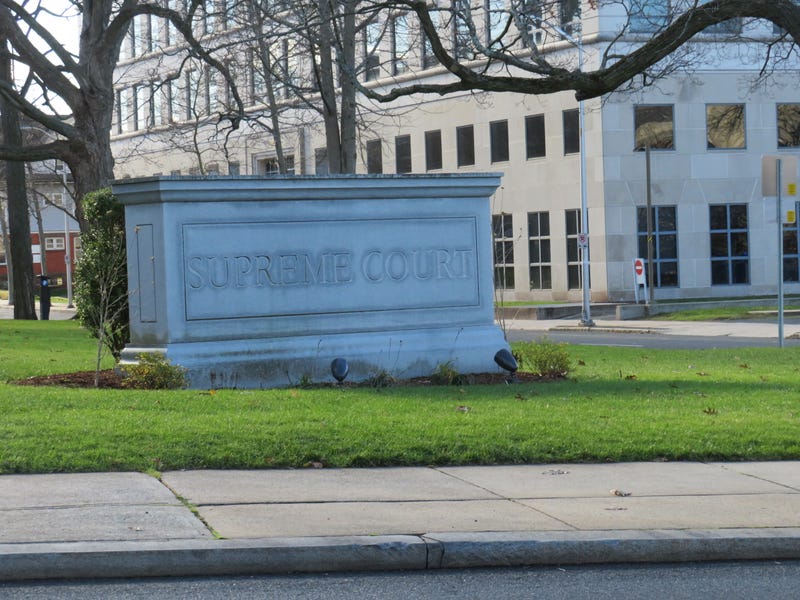 HARTFORD, Conn. (AP) - Former Connecticut Chief Justice William Sullivan, whose reputation was tarnished late in his career when he plunged the state Supreme Court into controversy and was suspended for violating judicial ethics codes in the mid-2000s, has died. He was 83.

Sullivan, a decorated Vietnam War veteran who served as chief justice from 2001 to 2006, died from undisclosed causes on Monday, state court officials said in an announcement.

While politicians and judges praised Sullivan in statements Tuesday, the former chief justice may best be remembered for the scandal that led to his 15-day suspension in 2006.

Sullivan, known to many relatives and friends by his nickname "Tocco," acknowledged he delayed the release of a state Supreme Court ruling in an attempt to help fellow Justice Peter Zarella win confirmation from the legislature to succeed him as chief justice.

Sullivan told the state panel that disciplines judges he believed the ruling, which kept certain judicial records secret, would harm Zarella's chances of being confirmed. Zarella and Sullivan voted in the majority in the decision and Zarella was facing legislative confirmation hearings when Sullivan ordered the release of the ruling to be delayed.

Then-Gov. M. Jodi Rell, a Republican who nominated Zarella for chief justice, later withdrew his name from consideration at his request. Zarella has said he didn't know Sullivan postponed the ruling's release in an attempt to benefit him.

During the controversy, Sullivan also created a constitutional standoff between the courts and legislature when he went to court to fight a subpoena by lawmakers seeking to force him to testify about his conduct before the Judiciary Committee. Sullivan eventually agreed to appear voluntarily before the panel.

Sullivan retired later in 2006 and took senior justice status, which allowed him to continue to hear some cases.

Current Chief Justice Richard Robinson and Gov. Ned Lamont did not mention the controversy in statements on Tuesday.

"Throughout his legal career, Chief Justice Sullivan never wavered from his fierce protection of the rule of law," Robinson said. "He was a giant who inspired many, and while it's often said that no one is irreplaceable, there was only one Tocco Sullivan."

Robinson said what stood out about Sullivan was his dedication to public service and deep devotion and loyalty to his family and friends.

Lamont said, "It is without doubt that Chief Justice Sullivan has made a lasting impact in Connecticut, having served as a judge for nearly three decades and authoring hundreds of opinions that continue to impact our legal system today."

Sullivan was born and grew up in Waterbury. He graduated from Providence College in 1962 with a political science degree and got his law degree at the Marshall-Wythe School of Law at the College of William & Mary in Virginia in 1965.

From 1965 to 1966, Sullivan was a captain in the U.S. Army and served a tour in Vietnam, where his conduct earned him several awards including two Bronze Stars, according to a biography prepared by the Judicial Branch.

After the Army, he went into private law practice and also served as Waterbury's corporation counsel.

Former Gov. Ella Grasso, a Democrat, appointed him as a Superior Court judge in 1978. He was elevated to the state Appellate Court in 1997 on Republican Gov. John Rowland's nomination, and became chief justice in 2001, also nominated by Rowland.

Download the Audacy App and listen to WTIC:
https://go.audacy.com/wtic/download