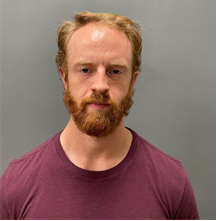 On May 15, 2021, Officers initiated an investigation into a parent's complaint about inappropriate text messages on their child’s cell phone.

Some of the messages included inappropriate photographs and the admission of supplying the child with marijuana.

Further investigation revealed that McCue had several inappropriate relationships with other minors.

Plainfield Police Department obtained three arrest warrants and arrested McCue on Tuesday. He has been charged with two counts of fourth-degree sexuall assualt and seven counts of risk of injury to a minor.

All victims at the time were under the age of 16 and were either students, former students, or players he had coached.

McCue was held on a $200,000 court set bond and is scheduled to appear at the State of Connecticut Superior Court in Danielson on October 13, 2021.