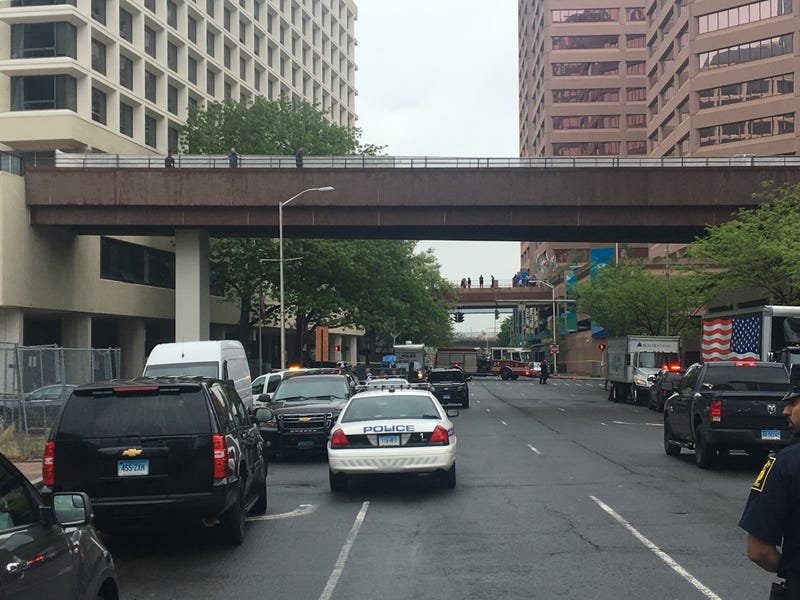 HARTFORD, Conn. (WTIC and AP) — A Connecticut woman charged with stabbing and severely injuring a police officer during an eviction dispute has been acquitted by reason of mental disease or defect of charges including attempted murder.

Chevoughn Augustin, 42, will be committed to the custody of the Connecticut Psychiatric Security Review Board after a hearing which will be scheduled this summer, Judge David Gold ruled Wednesday.

Gold found that Augustin suffered from a history of schizophrenia and other mental health problems when she stabbed Hartford Police Officer Jill Kidik in May 2018, the Hartford Courant reported.

Kidik had responded to a city apartment complex after reports of a disturbance involving Augustin, who was facing eviction.

Kidik, a 12-year veteran at the time, was stabbed in the neck and her jugular vein and trachea were lacerated. Building maintenance workers were credited with saving her. Kidik, who suffered permanent injuries and took a disability retirement, testified about the ordeal at Augustin's trial.