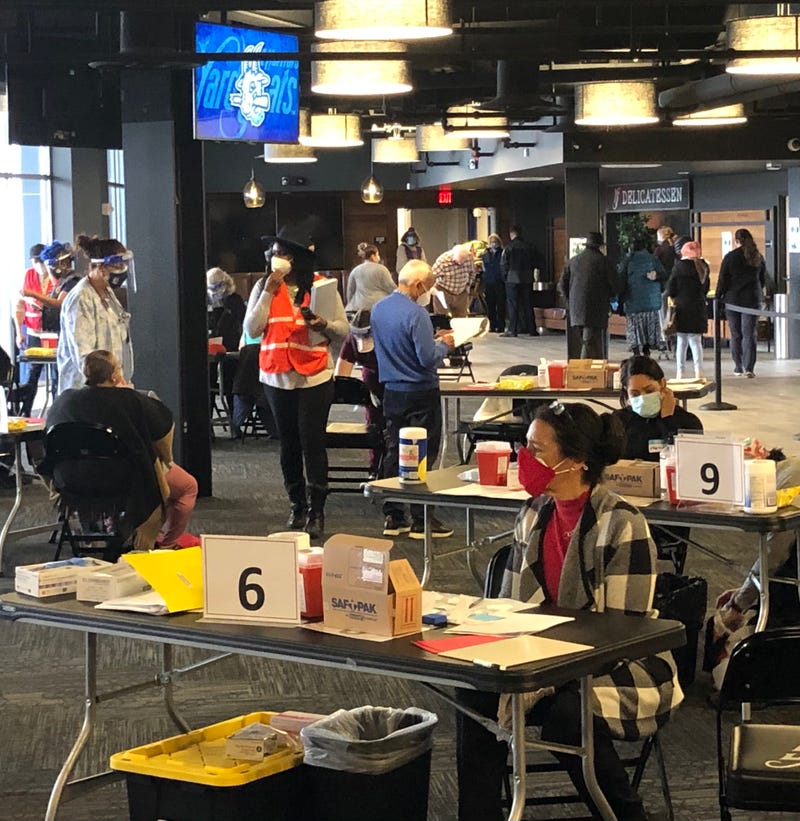 Despite complaints from state residents who were left out of the current COVID-19 vaccine rollout phase, Gov. Ned Lamont is sticking with the age-based approach he announced last week.

Along with all residents 55 and older, teachers and school staff members are being permitted to get their shots, as an exception to the age-based plan.

Those with serious health conditions and other essential workers, including grocery store employees, had expected to be told last week when their turn would come up. Gov. Lamont announced his age-based plan instead.

During a Monday news conference, the governor stood his ground. "We have no plans to change the allocation," said Lamont. "I think this is the best interest of public health, best interest of reducing fatalities and hospitalizations. We're moving fast... so hopefully we'll be able to accelerate through this over the next two months."

On Thursday, Lamont plans to announce upcoming rollbacks of pandemic restrictions on restaurants, stores and event venues. Restaurants are limited to 50% indoor capacity, and are operating under a nightly 11 pm curfew.