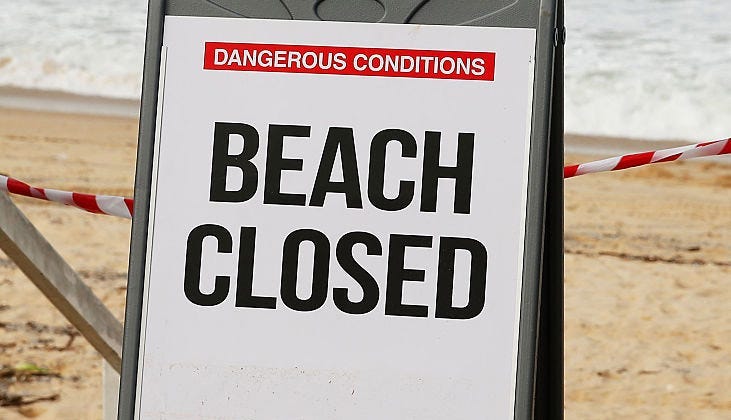 (WWJ) A total of 10 Michigan beaches, a few them in metro Detroit, are closed ahead of the July 4th holiday weekend due to high levels of e. coli bacteria .

The closures, announced by the Michigan Department of Environmental Quality, include St. Clair Shores Memorial Park Beach in Macomb County, and Eagle Lake and Reed Lake in Oakland County.

There are two closures in the western Upper Peninsula: Lake Gogebic State Park Beach and Gogebic County Park in Gogebic.

Storm water runoff has typically been the reason for bacteria-related closures this season, although droppings left by geese and other wildlife can also be the source.

Beach bums should note that testing by the MDEQ is conducted at 1220 public beaches and 537 private beaches throughout the state all summer long, so it's a good idea to check back for updates.

A spot of good news: One of the usual suspects, Lake St. Clair Metropark Beach, aka "Metro Beach," is open this week after the latest tests found it's safe to swim.

Check on local beach conditions anytime at this link.