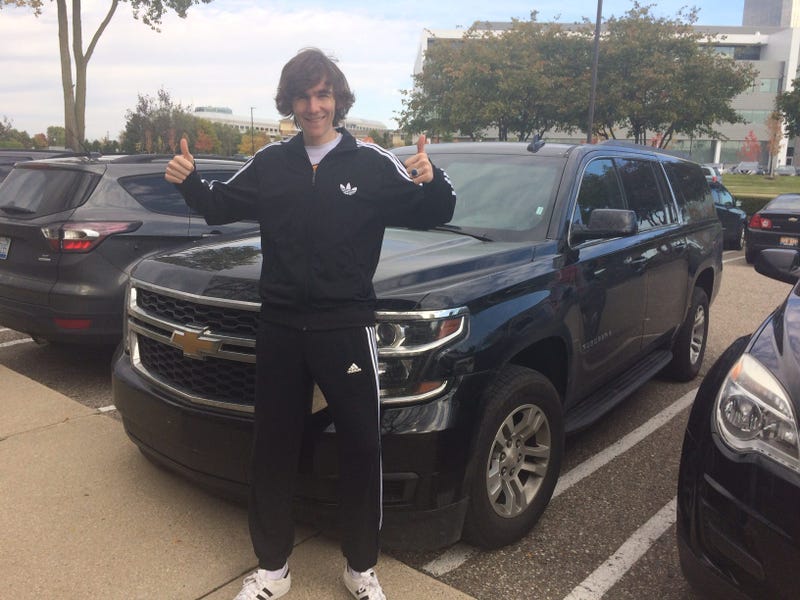 For Tom Cridland, the breaking point came nearly two years ago.  His girlfriend's family was holding a 60th birthday party for her father at what he calls a "really swanky" Michelin-starred restaurant in London.

"I turned up just completely plastered.  Just made a complete fool of myself.  We got served these delicious chocolate puddings.  I grabbed the entire pudding with my fork and sort of plastered it all over my mouth."

It was, said Cridland, "the first time I really showed what kind of an imbecile I was in front of my girlfriend's parents."

Despite what he refers to as a well-educated "posh" background, it wasn't unusual for Cridland to go out and drink from 6 p.m. to 6 a.m., followed by binge eating.

The embarrassment over his behavior that night, though, finally lead him to draw up a "pros and cons" list over his drinking. On a 50-item list, there was only one "pro" to continuing his path. He wanted to still be fun.

Cridland decided he could do that without the drinks.

His decision to follow his dreams has led him on a driving tour of every state in the U.S. Despite a lack of any formal musical training, he has written 100 songs since January and is releasing one song a week. Michigan is the 18th state on his cross-country journey and perhaps one of the most meaningful.  Cridland said Detroit  "has produced some of the best musicians of all time more than almost anywhere...from Aretha to Eminem."

One of Cridland's first stops in Detroit was "Hitsville USA," the home of Motown, which he said is the biggest influence on his music.  His agenda, though, also included the Ann Arbor headquarters of Dominoes, a popular pizza chain in the U.K.

He likes it so much, he has even written a song called "Dominos At Midnight," referencing his sloppy binge-eating habit when he used to drink.

"I haven't pitched it to Dominos," Cridland joked, "because I doubt they would get back to me."

The thing that has impressed Cridland more than anything on his U.S. isn't the music or the food.  It's the people.

The tour, though, has not been easy.  Money is tight and while he has been able to get some gigs, a lot of doors have slammed his face.  He keeps his attitude positive.

"You can't expect anything.  Anything that happens to you is a bonus."