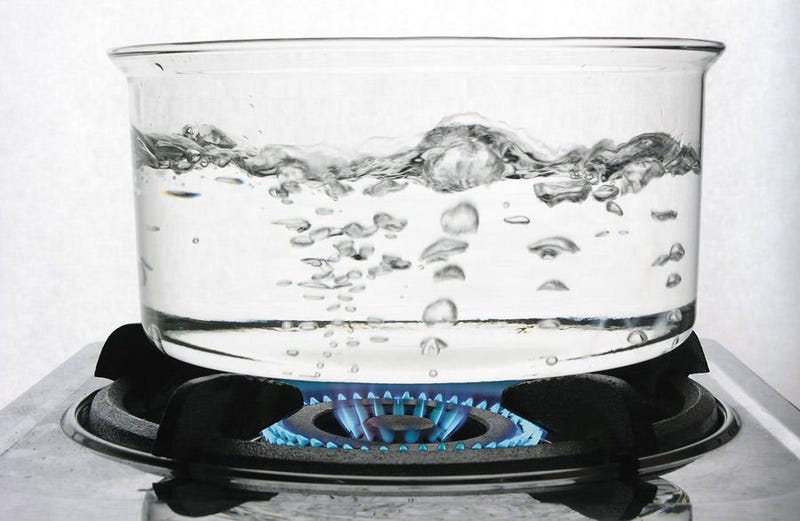 NORTHVILLE (WWJ) - A boil water alert will remain the effect through the weekend in the entire city of Northville.

According to the public works department, a contractor hit a water main, causing a break at around 8 a.m. Friday.

All of the city's nearly 6,000 residents are urged to boil water and then let it cool before drinking it. Northville Township is not affected at this time.

"This alert means that any water coming from the faucet that is for consumption in the City is to be boiled for at least 5 Minutes to kill any bacteria. The City is required to keep the main closed for bacterial testing after the repair is made and this process will take a minimum of 48 Hours. The boil water alert will be lifted once the water has been determined to be safe for consumption," the city said in a Facebook post.

Updates will be posted to the city’s website, Facebook and Twitter accounts, officials said, adding: "City of Northville will be working around the clock to repair the main and communicate the status of this situation."

If Northville residents or business owners have questions, they're asked to contact City of Northville at 248-349-1300 during office hours of 8 a.m. to 4:30 p.m. After hours, there will be a special recorded line at that same number with any important updates at ext. 2710.

More information on what to do during a boil water advisory is available from Oakland County at this link.