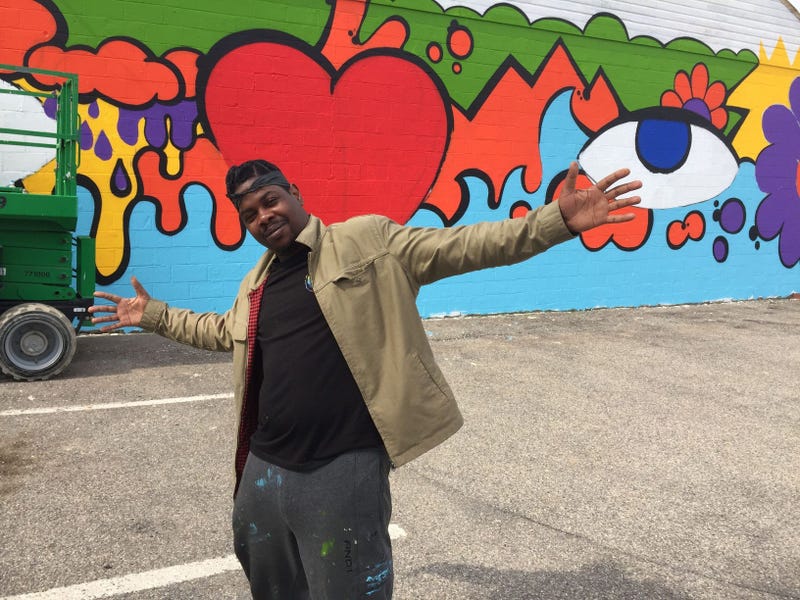 DETROIT (WWJ) -- A local street artist will not face charges after a night in jail.

On June 19 Detroit police mistakenly arrested artist Sheefy McFly while he was painting a mural in the area of 7 Mile Road and John R, not realizing he had been contracted by the city as part of a beautification project in Detroit called "City Walls."

McFly, whose real name is Tashif Turner, did not have a city-issued permit on him at the site, where he has been working. He was arrested and spent a night in jail, but police announced Thursday they have decided not to move forward with charges of resisting and obstructing police.

"It's crazy to be painting something for the city and get arrested for it," McFly told WWJ. "If the police didn't know me then, they know me now."

McFly is contracted to paint nine more murals across the city under Detroit's blight abatement program. He says he wants to spread the word of public art.

"I want to make sure every other artist that's in the city from Detroit, they're safe to paint as well," McFly said. "This really brings a thought to the Graffiti Task Force: 'is this really graffiti or is it a mural?" I hope this will enlighten people and help open people's mind to what public art really is."

McFly will still face the court on a 10-year-old traffic warrant.