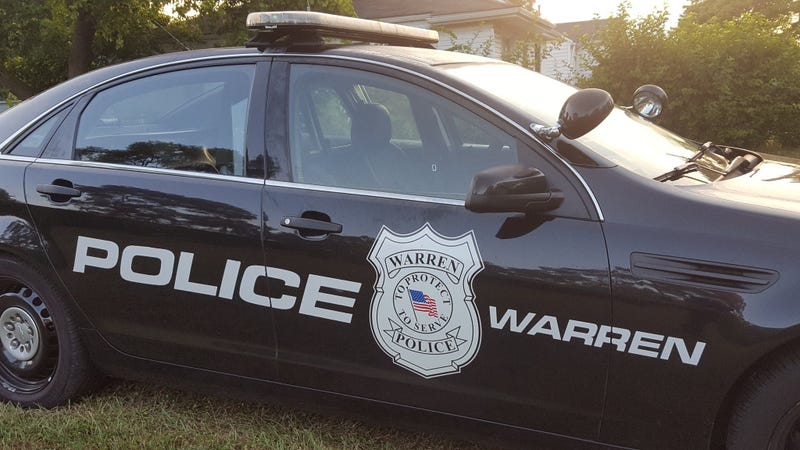 WARREN, Mich. (WWJ) -- It didn't take long for Warren police to arrest a man they call a career criminal in connection with a bank robbery on Monday morning.

Authorities say the Citizens Bank near 9 Mile Road and Van Dyke was robbed early Monday and a little more than a day later, 36-year-old Dorian Sykes of Detroit was arrested for the robbery.

Sykes allegedly sat down with a bank employee and told her he wanted to open an account. He then produced a note stating that he was robbing the bank and he implied he had a gun. Sykes reportedly got away with more than $1,000.

Warren Police Commissioner Bill Dwyer says Sykes left his fingerprints on the outside door of the bank and detectives were able to use that in their investigation. He is also suspected of robbing a Comerica Bank in Oak Park later that day.

Dwyer says witnesses described the suspect as wearing the same clothes and using the same method at both banks, as well as getting into the same car. He says he did not cover his face during either robbery.

Dwyer says Sykes is a serial offender and addicted to gambling. He had only been out on parole for about a month following a previous bank robbery conviction. Sykes was arrested Tuesday afternoon at the tables at Motor City Casino.

Sykes is expected to be arraigned in federal court on Thursday for the robberies.  Dwyer says he was wearing the same clothes and didn't cover his face.

"We're very fortunate that our evidence techs were able to pick up one fingerprint off the outer door of the bank in Warren. Our detectives analyzed and were able to identify the suspect," Dwyer said.