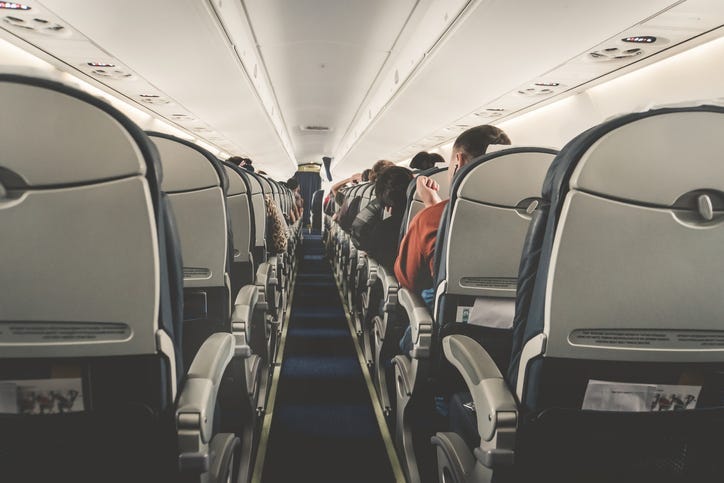 (WWJ) The mother of Detroit Mayor Mike Duggan's Chief of Staff Alexis Wiley was on a flight from Detroit to Los Angeles this weekend that sat at the gate for 45 minutes when a passenger refused to wear a mask.

My mom’s @Delta flight from Detroit to LA just turned around and went back to the gate because a passenger refused to wear a mask. Flight attendants announced masks are non negotiable! Thank you @Delta for putting passenger safety first! @LASpeech pic.twitter.com/vuMUl3fQVH

“We apologize to customers on Flight 201 from DTW to LAX that returned to the gate when a customer did not comply with Delta’s mask-wearing requirement onboard," a Delta spokesperson said in a statement. "After a short delay, the flight departed to Los Angeles.”

Pamela Wiley told freep.com she was seated in first class and could hear the flight attendants trying to cajole the woman into donning a mask.

"They really tried to work with her, it was very well done," Wiley said to the freep. "An attendant then made an announcement over the speaker reemphasizing the mask requirement, with no exceptions. "I was really pleased that they cared enough about the rest of us, and their own health and safety, because they know that this is the rule and there is no exception.”

The passenger was eventually escorted off the plane.