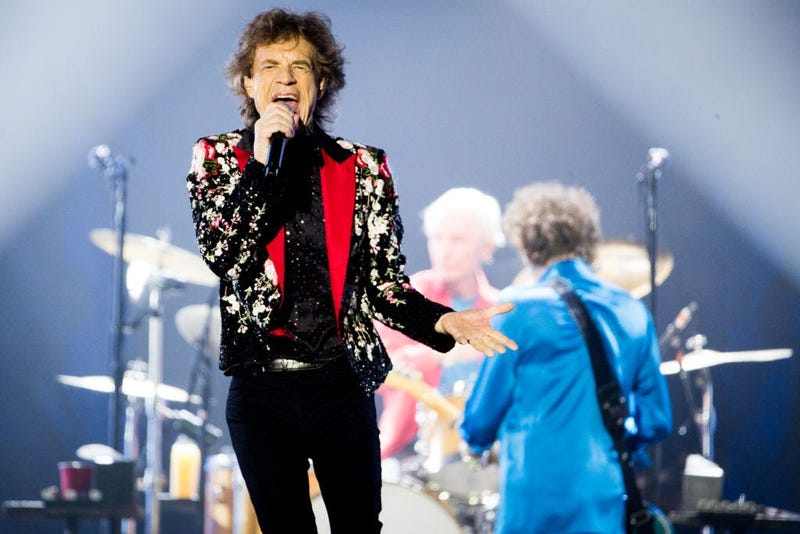 (WWJ) George Christie spent nearly four decades as one of the most influential and controversial leaders of the Hells Angels Motorcycle Club.

Christie founded the Ventura, California chapter of the Hells Angels in the 1970s, and was president for nearly four decades. He survived gang wars, multiple prosecutions and attempts on his life before leaving the Hells Angels in 2011 to become a writer and consultant.

But there are some stories he hadn't told before ... hence his sit down with the Original Gangsters podcast in Detroit with hosts author Scott Burnstein and James Buccellato, Detroit mob experts, and producer Roberto Boschian.

Specifically, he raised eyebrows with a tale about Mick Jagger, and an alleged attempt on his life.

As one of the earliest members of the Hells Angels, Christie said he knew some of the guys involved in Altamont, one of the club's most astonishing moments. Hired to guard a Rolling Stones concert, a Hells Angels member stabbed Meredith Hunter, 18, to death in front of the stage where Mick Jagger was performing “Under My Thumb.” She had been pointing a gun at the stage. The concert at Altamont, which was supposed to be a grand send-off to the Stones' 1969 tour, ended with three deaths and four live births.

The bloody show created a rift between the Stones and the Hells Angels that lasted a decade.

"Jagger did not want to pay the legal fees, they were $50,000, which was pocket change probably even back then," Christie told the Gangsters pod. "He was just being stubborn ... He actually sent a professional security guy down to 3rd street in New York, the famous Hells Angels clubhouse in New York. And he lifted his shirt like an idiot, the butt of his gun was showing. The guys took his gun, hit him over the head with it and sent him down the street."

Eventually, everyone got fed up and the Hells Angels sent out a team to try to blow up Jagger's yacht in the harbor, Christie said.

An informant told the police and the cops told the Stones. A check for $50,000 quickly arrived at the club, Christie said, laughing.

Hear more inside stories about the life of the one of the top Hells Angels in the Original Gangsters podcast above. Subscribe on RADIO.COM or wherever you listen to podcasts to hear weekly tales from the land where entertainment and the lives of people in the underworld meet.