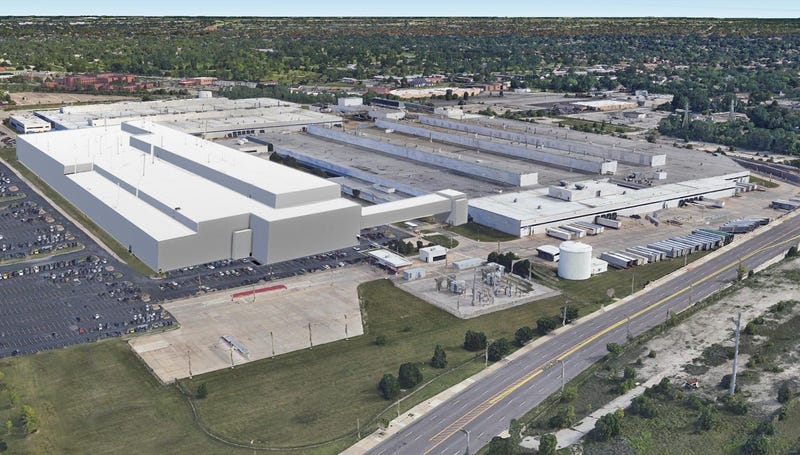 DETROIT (WWJ) -- With 5,000 new jobs expected to be created with the new Fiat Chrysler plant in the city, Detroit At Work held its first job readiness event on Tuesday.

Attending a job readiness event is a mandatory first step for those applying for one of the new jobs. It is a pre-application step where officials screen candidates for their qualifications for the job and make sure they are ready to officially apply. Candidates also are required to take sample math and reasoning tests.

Hundreds of Detroiters showed up to Tuesday's first job readiness event, which was held at Second Ebenezer Church in the area of McNichols Road and Dequindre Street on the city's east side for pre-registered candidates like Brittany Gillespie hoping to get a job at the new plant.

Lined up for first crack at @FiatChrysler_NA jobs in @CityofDetroit at the new FCA Mack Ave plant. It’s the first of many Detroit at Work/FCA Job Readiness Events. This is the pre-qualifying stage. @WWJ950 LISTEN >> https://t.co/YNbPdRIKMn pic.twitter.com/uoU7g4pXX1

"I’m actually not looking to make it my career," she told WWJ's Stephanie Davis. "You have to start somewhere, though, and this is one of the companies that is actually allowing individuals to make a decent wage as well as get benefits. With me having a son, that’s my main focus, so I can take care of everything I need to take care of."

The Detroit City Council voted last month to approve a set of deals expected to bring around 5,000 new automotive jobs to Detroit; most of them on the assembly line.

FCA will be building a new $1.6 million assembly plant at the site of the shuttered Mack Avenue plant on Detroit's east side, while also investing $900 million to retool and expand the Jefferson North plant. The plant is expected to open in late 2020.

Officials stipulated that Detroiters would be the first to have a shot at the new positions.

"One of the largest auto production centers in America...is going to be on the east side of Detroit," Detroit Mayor Mike Duggan said last month. "It's going to be transformative."

On-hand for Tuesday's event, Duggan wished those in attendance good luck and discussed with WWJ the timeline of applying for the new jobs.

"You’ll see the initial contacts from FCA this fall, but I think realistically, around April or May, people will get offers to start work maybe in 2020," Duggan said.

Tuesday's event was for Detroiters in one of three zip codes surrounding the plant site on the east side.

Those interested in applying can pre-register for a job readiness event on DetroitAtWork.com.