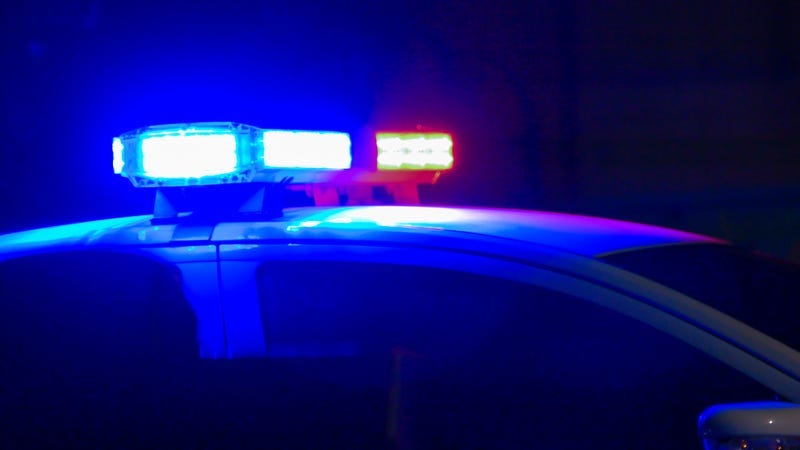 ANN ARBOR, Mich, (WWJ) -- A man is on the run after police say he stole a running car at an Ann Arbor gas station with a man and two children inside and led police on a high-speed chase late Wednesday night.

Ann Arbor police say they, along with Michigan State Police, the ATF and the Michigan Department of Corrections, were in the process of executing a search warrant in the 3500 block of S. State Street shortly before 11 p.m. Wednesday when a man attempted to enter the location.

When the man saw law enforcement personnel inside, he fled on foot, running three blocks north from the location and into the parking lot of a Mobil gas station in the 3200 block of State Street, according to police.

At the time, there was a vehicle parked near the entrance of the gas station, which was running and occupied by an adult male and two young children, ages 2 and 4. The suspect then opened the driver's side door and entered the vehicle, driving off with the adult and children still inside.

Ann Arbor police immediately began pursuing the vehicle, which got on eastbound I-94. Police say the suspect reached speeds in excess of 100 mph during the pursuit.

Officers were unable to overtake the vehicle along I-94 and lost sight of it.

The vehicle exited the highway into a neighborhood east of Ann Arbor and the suspect got out and fled the scene on foot, leaving all of the passengers unharmed.

Police did not release a description of the suspect and did not say what the search warrant was being served for at the original location along State Street.

Police say they are still investigating and are asking anyone with information on the case to contact the Ann Arbor Police tip line at 734-794-6939 or email tips@a2gov.org.