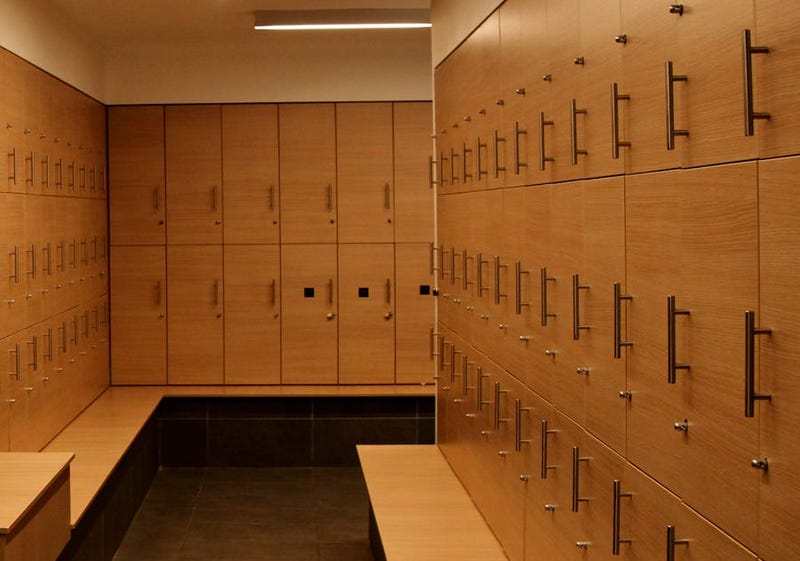 MIDLAND (WWJ/AP) - The Michigan Supreme Court won't intervene in a lawsuit over a transgender woman in the women's locker room at a health club.

Yvette Cormier says her membership at Planet Fitness was wrongly terminated in 2015 after she complained and warned other women at the Midland gym about the person.

While the health club told her it allows people to use the locker room that matches their identity as part of a “no-judgment" policy, Cormier's lawyers allege that the policy creates a hostile and offensive environment for women and children in allowing any man who self-identifies as a woman to use the women’s locker room and showers.

Cormier says her rights under Michigan's consumer-protection law were violated when the club didn't disclose an unwritten policy about transgender members.

In filling the suit, attorney David Kallman said the problem is that gym's policy is so broad and unenforceable, that it is s "ripe for abuse and enables rapists, pedophiles, and other deviants to commit criminal acts by taking advantage."

While the transgender person in this case is not accused of any crime, Kallman cited mulitple other cases in which crimes were comitted -- including a 2011 case in Oregon in which a sex offender claimed to be a transgender and wore a dress to access areas where young girls locker rooms and swimming pools; and another in California in 2012, in which a man was charged after allegedly dressing as a woman to secretly video women using the restroom at Macy’s.

While the state appeals court last year found no evidence of sexual harassment in the Planet Fitness case, the state Supreme Court said the lower bench should have considered Cromier's claims under the Michigan Consumer Protection Act.

After taking a second, the appeals court said Cormier's case can go to trial. The state Supreme Court then ruled this month that the decision will stand.

"We are pleased with the Supreme Court's ruling that will now allow Ms. Cormier to have her day in court," Kallman said, in a media release. "She trusts that a jury will agree that Planet Fitness cannot allow men to enter and use women's locker rooms, showers and bathrooms without notice to women of such a policy and without regard for the privacy rights of women and children using those facilities."