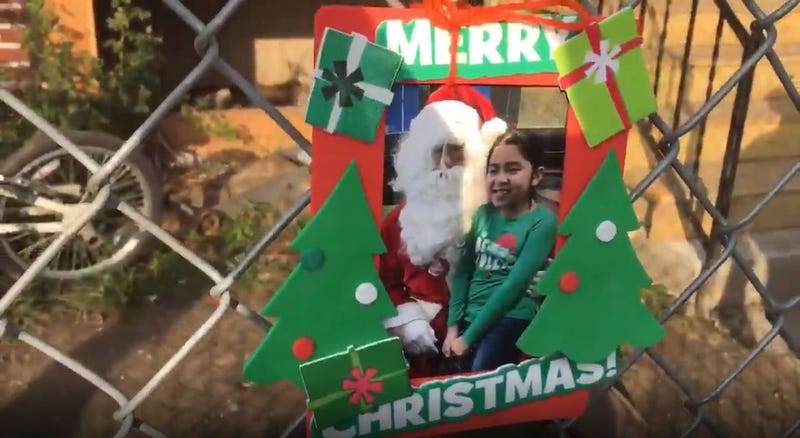 DETROIT (WWJ) -- Jennifer Hernandez is hoping for change after her daughter was mauled to death by pit bulls last week.

Emma Hernandez, 9, was attacked by three pit bulls or pit bull mixes in the area of Central Avenue and Smart Street in Southwest Detroit on Monday. Her mother hopes the death will be a catalyst for change, but she's not calling for an outright ban of the breed.

In a statement, Hernandez thanked the community for supporting her family over the last week and says the death should be a wake-up call for the community.

"My Emma's story has gotten a lot of attention and I believe it needs to be a 'wake up call' for everyone around the world. I am not necessarily in agreement with a pitbull ban or ban of any breed. Instead I wish there to be stricter laws and consequence for dog owners, because in reality this could have happened with another breed. I wish for owners to better educated and conscious of the danger negligence causes," the statement said.

The owner of the dogs, 33-year-old Pierre Cleveland has been charged second degree murder, dangerous animal causing death and involuntary manslaughter. He was ordered held on $2 million bond. Emma's family had warned Cleveland about keeping his dogs better restrained before the attack.

A funeral was held for the 9-year-old at St. Cunegunda Catholic Church in Detroit on Saturday. Her mother says she wants to make changes so another family doesn't have to feel the same pain.

"I am so hurt over the loss of my daughter as any parent would be. But what hurts and haunts me the most is knowing that my little girl died in such a vicious way, scared, and in pain," the statement said. "Many people have told me that God makes no mistakes and that everything happens for a reason. If this is true then I wish everyone learns from this tragedy so that my daughter's death means something, and changes something for the better so that no one else has to go through this ever again."