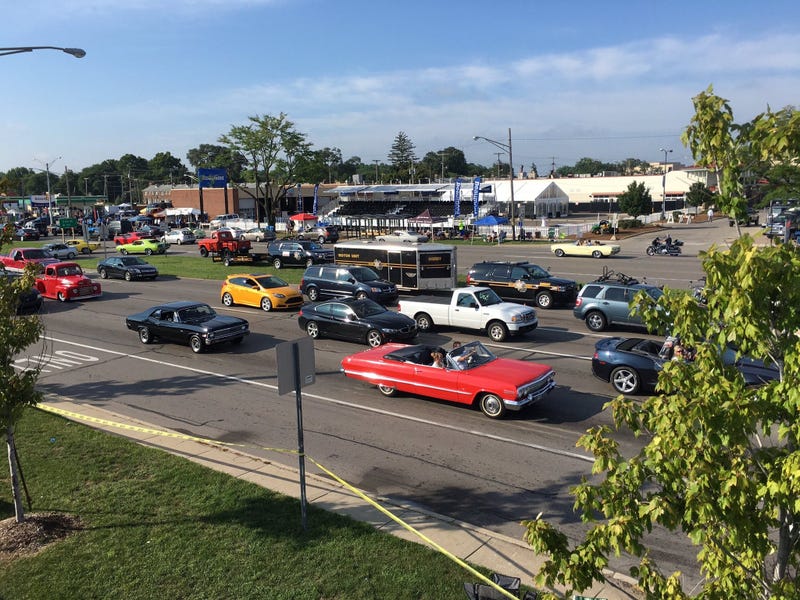 The Woodward Dream Cruise, Inc. board met on Monday and put that question to a vote, after local communities and their governments along the route, guided by public health and safety concerns, all decided it was just too dangerous to host cruise-related events due to COVID-19.

Michael Lary, president of Woodward Dream Cruise, Inc. said they would be factoring in input from the cities, police chiefs and the Oakland County executive when it comes to whether spectators may responsibly watch the flow of classic vehicles or to the difficult decision to cancel the event, which was slated for Saturday, August 15, or to make the "difficult decision" to cancel.

WWJ's Charlie Langton reports the decision to ultimately call it off was nearly unanimous.

"The one person who apparently said 'Hey, let's have it' is because, well, how do you stop the Dream Cruise? It's really just classic cars going up and down Woodward Avenue," Langton said. "So the official events are canceled. But will people still drive their classic cars? I was seeing classic cars this weekend, and the Woodward Dream Cruise isn't until the third Sunday in August...We'll see what happens."

It's not yet clear if or how the cancelation may be enforced; if police will try to prevent people from cruising, or break up any crowds that gather to watch.

Meanwhile, some on social media have made it clear they intend to cruise regardless.

Vertia Aequitas wrote on the Dream Cruise Facebook page: "Woodward is not about the vendors, radio stations, food carts or the influence by media and politicians. It’s about cars and their owners. We will be there wether or not anyone says 'there will be a official Dream Cruise.' A Facebook page, the government, police or even angry neighbors won’t decide its fate. The cruisers will."

Patrick Rumpz commented: "Whether 'official' or not, cruising will happen. It's already happening."

The Woodward Dream Cruise was started in 1995 by Ferndale resident, the late Nelson House, as an event to raise funds to build a soccer field for the young people of the community. Since then, the Woodward Dream Cruise in cooperation with the nine participating communities of Berkley, Birmingham, Bloomfield Hills, Bloomfield Township, Ferndale, Huntington Woods, Pleasant Ridge, Pontiac and Royal Oak has grown to become the largest one-day car cruise in North America.

This news about the cruise comes as big events such as summer concerts and festivals in metro Detroit and statewide continue to be scrapped due to concerns about the spread of the coronavirus. One notable exception to that: Detroit leaders said the city's annual fireworks display will go on —  just a little later than usual, on Aug. 31, and with no crowds allowed.