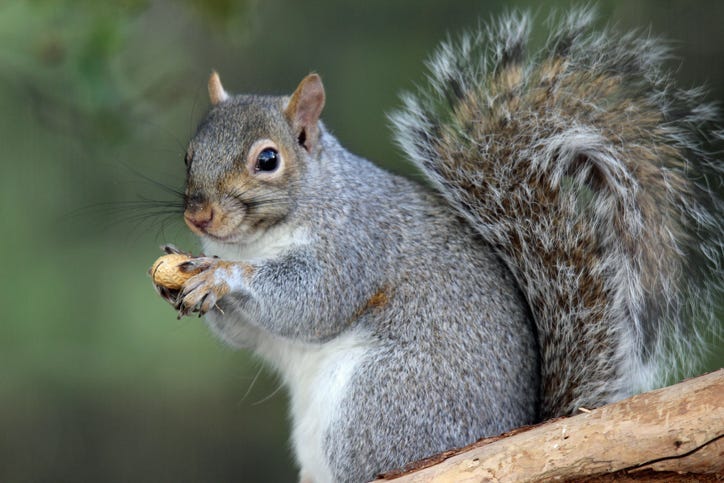 (WWJ/AP) Dead squirrels have been washing up on a Lake Michigan beach at a state park — a morbid sight for visitors.

The squirrels likely drowned while trying to cross the Grand River and then flowed to the lake and Grand Haven State Park, an expert said.

Nick Kalejs, a wildlife biologist at the Muskegon State Game Area, estimates about 100 in recent weeks.

Squirrels can swim, he said, but “clearly not all of them make it.”

“I don’t think people should be unduly alarmed,” Kalejs told MLive.com. “It’s always distressing to see dead animals, and we certainly don’t want any animal to suffer. There does seem to be some (precedent) for this type of thing, and hopefully it won’t last too much longer.”

The effort to get across the river could be related to food scarcity.

“They seem to be typically associated with this time of year,” Kalejs told MLive. “Some people have speculated that they might happen after a year of abundant acorn production."

Similar mysterious squirrel deaths have been reported several times in local history. Another episode was witnessed in the Grand Haven area in 1968, according to Kalejs , although across the country, reports of these occurrences date all the way back to the 1780′s, he said.

Squirrels are an extremely common sight in Michigan — found in the woods and wilds, and daily in some of our own backyards. According to the Michigan Department of Natural Resources (DNR), nine different species of squirrels that can be found in the state, some of which must eat more than usual in fall when preparing to spend the winter in hibernation.