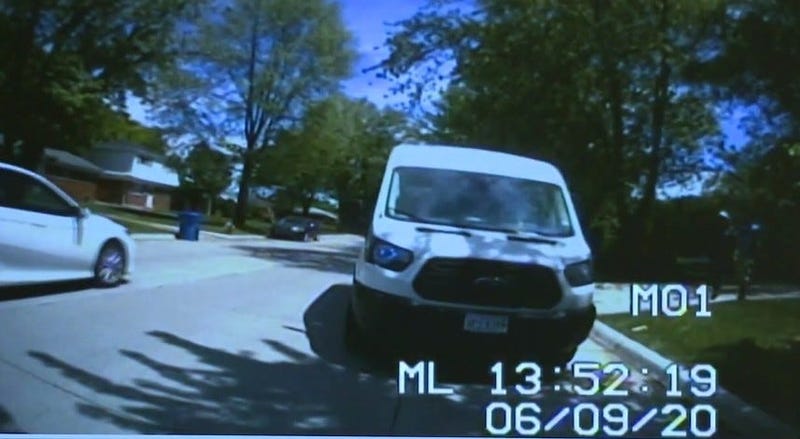 (WWJ) The Macomb County Prosecutor's Office has authorized misdemeanor charges against an Amazon driver seen on video in a confrontation with a police officer.

Jaylen Bond, 23, has been charged with two counts: failing to obey an officer’s traffic order, and operating without a license on person.

This comes after prosecutors earlier declined to authorize a felony warrant police wanted for Bond on the more serious charge of resisting arrest.

The incident, in a Warren neighborhood on June 10, drew disbelief from some in the community after viral cell phone video showed the white police officer on top of the black driver on the ground.

The Macomb County Sheriff's Office and Prosecutor's Office last week announced they had completed an independent investigation that determined the officer didn't break any laws or policies while arresting Bond.  Sheriff's officials say Michigan law requires that a licensee display his or her operator’s license on demand of any police officer, and that the officer in this case gave the driver ten requests for his license, as well as ten commands to place his hands behind his back.

Warren Police Commissioner Bill Dwyer said the officer approached the driver because his truck was parked illegally, facing the wrong direction on the street, and that police had received a number of complaints involving Amazon delivery trucks in the area.The chief said the officer did not use excessive force.

On video released by police, Bond is heard repeatedly telling the officer: "I'm getting my license out."

"Obviously the whole event has been stressful for him," Andrews said. "He did receive some injuries that he went to urgent care for — but all in all, he's alive. I guess that's something that in this day and age is something that he can be happy about."

The incident came amid a backdrop of tension and protests against police brutality in metro Detroit and nationwide following the killing of George Floyd.