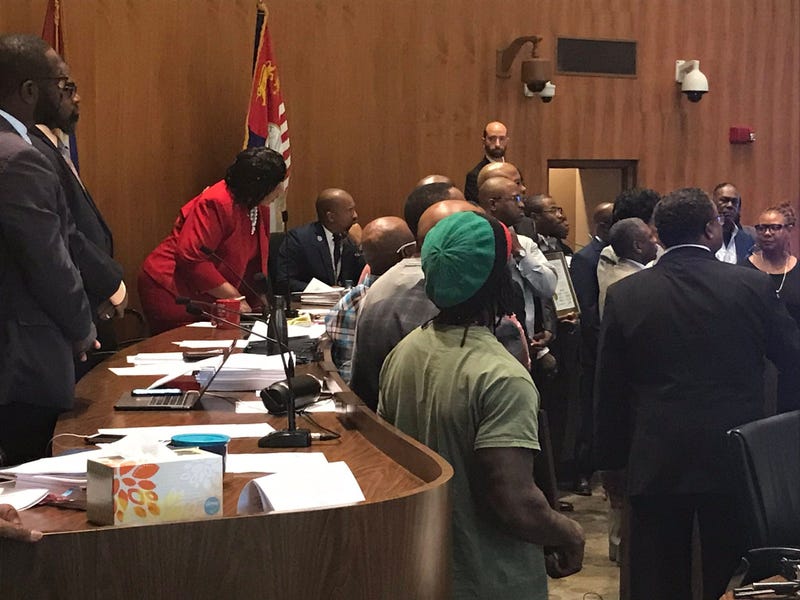 DETROIT (WWJ) -- More than a dozen men who were wrongfully convicted of crimes they did not commit were honored by the Detroit City Council Tuesday.

Thirteen men received Spirit of Detroit Awards, including Richard Phillips, who spent more than 45 years in prison for a murder he did not commit.

"I spent 46 years, which comes to a total of 19,700 days, in prison for something that I didn’t do – murder in the first degree," Phillips told WWJ.

Phillips was exonerated in 2018 with the help of the the Innocence Project, an organization that exonerates the wrongly convicted through DNA testing and reforms the criminal justice system to prevent future injustices, according to its website.

"I think this is an exceptional event. I’m very proud to be a part of it because it’s not usual that the city council has done something of this nature in the past. So in a way, this is somewhat historic," Phillips said.

This Homecoming today was truly momentous and powerful. It was my honor to present the #Michigan13 men with Spirit of Detroit Awards and welcome them home. https://t.co/IBTA75s5Bt

Attorney Wolf Mueller has been fighting for years to help innocent people caught in the legal system.

"It’s frankly unprecedented," Mueller said. "I’ve never heard of anything where a city council presented certificates to exonerees and praise them for their strength and faith for getting through this arduous journey. What I’ll tell you is, to the extent that anyone can say ‘I’m sorry,’ this is a big step."

Pastor Terrence Devezin of United Kingdom Church in Detroit has been part of helping innocent people who were wrongly convicted after he assisted a parishioner who was needed basic assistance after being let out of prison.

"When I realized that there was nothing in place for him and other exonerees, I started asking around. I said, ‘how many other guys have these issues?’ Come to find out, all of them have the same issues and then I stated getting more and more offended by the fact that there’s nothing in place to help these man," Devezin said.