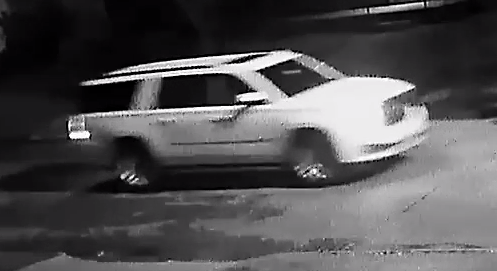 Police said the three victims  — ages 28, 32 and 34 — were standing in the area of Payton and Casino on Detroit's east side between 11 p.m. and 11:30 p.m. Saturday night, when someone fired multiple shots, striking all of them.

The men were taken to a local hospital where they were listed in stable condition on Monday.

A motive for the shooting and other circumstancing surrounding the incident are still not known at this time.

As police continue to investigate, they say they're looking for the driver of a white GMC Yukon XL that was involved in this incident.

The SUV, seen in a surveillance image released by police, was seen traveling north on Payton at around the time of the shooting, according to investigators.

There is no description available of the shooter.

Anyone who may be able to identify the driver of the suspect vehicle or who has any information about this crime is asked to call the Detroit Police Department’s Ninth Precinct Investigative Unit at 313-596-5940 the Crime Stoppers anonymous tip line at 1-800-SPEAK UP (1-800-773-2587).