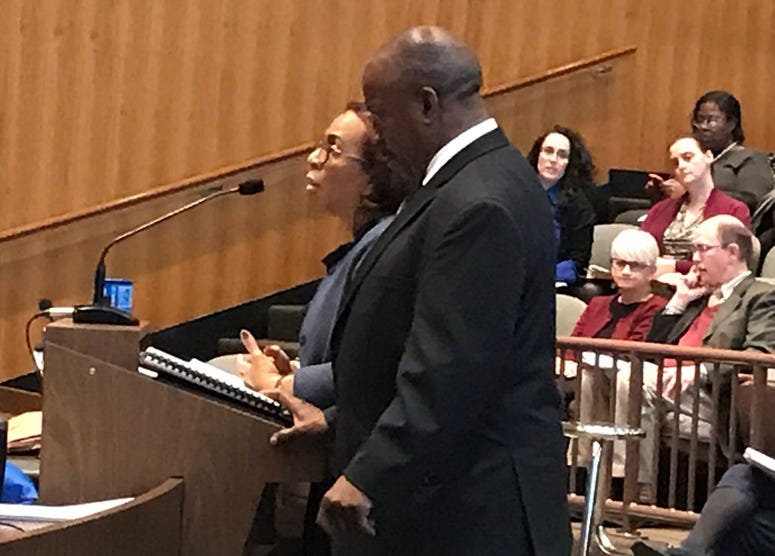 "We are bombarding and disrespecting our citizens and putting ourselves on a trajectory that will end us back in a national spotlight of embarrassment," said State Rep. Sherry Gay-Dagnogo, one of the many to speak out at Tuesday's meeting, which ultimately saw a council vote postponed again until at least next week's meeting.

Gay-Dagnogo, who had her house mysteriously torn down earlier this fall, says a recent report from the city's Auditor General shows the city's blight removal program lacks proper oversight, and believes that could land Detroit back in bankruptcy.

Earlier this year Duggan proposed a $250 million bond issue, which he claims will not cost city residents any additional tax money, to get on the March ballot in order to wipe out all blight in the city by mid-2025. The proposal comes as the city is about to run out of $265 million in federal money that was to be used for removing blighted homes across the city.

The money from the bond would be used to raze around 18,000 more homes across the city and rehab others.

But critics of the proposal say the program has "a litany" of issues highlighted by the Auditor General.

"I know based on his other requests, usually when the mayor makes a request like that, there’s a bottomless pit of money. We don’t have no more money. We just don’t," one critic said.

But minister Malik Shabazz urged the council to say "yes" to the proposal when they finally vote on the issue. He says he lives between two abandoned houses and wants to see it taken care of.

"I have seven family members in my house, and I’ve got two across the street that I’m responsible for, including a brand-new baby. I just want them torn down," he said. "If we need safeguards, put in whatever safeguards, give yourself total, complete oversite. I think that the people would support that. And hold Duggan and the administration, whomever you’ve got to, accountable."

So far, most of the people speaking at the Detroit City Council are against @MayorMikeDuggan’s $250-million demolition bond proposal. Minister #MalikShabazz speaks in favor of the plan. My reports coming up on @WWJ950 pic.twitter.com/gqw3wZw1XH

Detroit City Council President Brenda Jones said she still has concerns over the proposed bond and suggested the Duggan administration could start with "a pilot amount" of money as opposed to the full $250 million to prove they can do a better job.

Nov. 26 is the last day the council can vote to put the issue before voters in March before it goes on recess, according to officials.