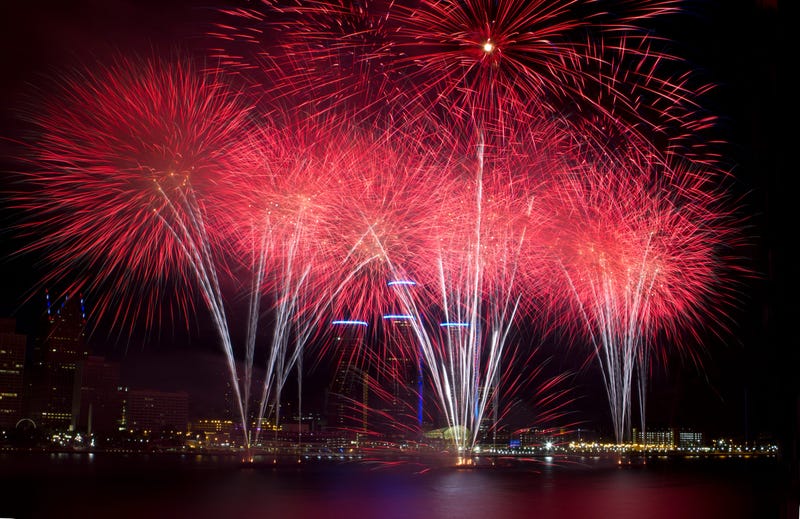 (WWJ) It's going to be a spectacular show, with some tweaks.

Detroit's annual fireworks display will go on after all —  just a little later than usual, and with no crowds allowed.

City officials announced at a press briefing Wednesday that the 2020 Ford Fireworks will take place as a TV-only event on Monday, Aug. 31.

The Parade Company and Mayor Mike Duggan said there will be broadcast honoring frontline workers and heroes of the COVID-19 crisis.

"Detroit is one of the most remarkable and resilient cities in America and we are proud to bring the Ford Fireworks to our community in a very special way this year,” said Tony Michaels, President and CEO, The Parade Company. “We have an unwavering commitment to this tradition, which has brought us together as one for over six decades, and are grateful to Mayor Duggan, the City of Detroit, WDIV Local 4 and our many amazing partners who are joining efforts to make this possible.”

"Detroit will see a show they've never seen before. It will be the best fireworks show this country has ever seen," Michaels said.

The theme for the three-hour show will be “We Are One Together."

“The valiant and selfless efforts of our health care workers and first responders has been one of the bright spots for our region during this very difficult time,” said Mary Culler, president, Ford Motor Company Fund. “The Ford Fireworks this year will honor them and their brave work.”

The Ford Fireworks, originally scheduled for June 22, typically draw thousands of spectators to downtown Detroit.  Officials said, however, due to what are expected to be continued health concerns amid the pandemic, Hart Plaza, the Riverfront and other public spaces will not be open for viewing. More details including strict public safety guidelines will be communicated by state and city officials in the coming months.