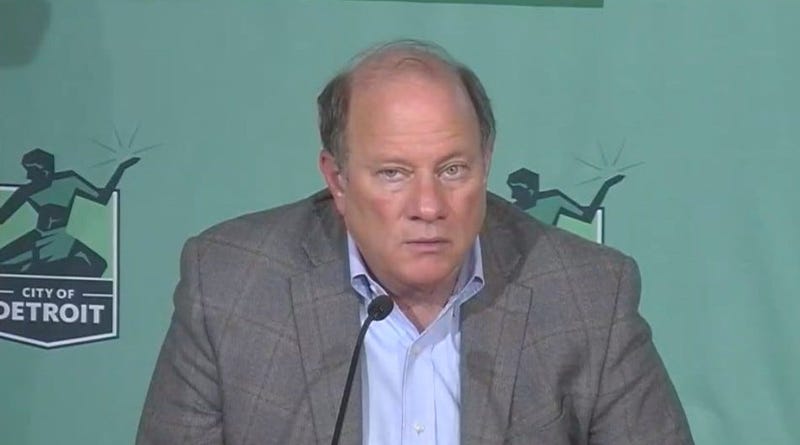 (WWJ) While police have been busy keeping an eye on protest crowds downtown, the mayor says criminals have been getting busy in Detroit neighborhoods.

Black Lives Matter marches held nightly in downtown Detroit for three weeks are having a negative impact on some neighborhoods, according to Mayor Mike Duggan.

Duggan says the police department has taken calls from community groups worried about a spike in crime this past week.

"I know that I've got a lot of Detroit groups who have approached the Detroit Police Department who are very concerned about we need to get these cops back in the neighborhoods," Duggan told reporters Wednesday.

The mayor said that while Police Chief James Craig is now steadily moving officers back into the neighborhoods, the city has no plans to shut down the protests — provided they continued to be peaceful.

However, Duggan said there are some Detroit residents who aren't too keen on these demonstrations.

"I think a lot of things have been done disrespectfully to Detroiters, including the makeup of the marchers — which are predominately not from the city, who are now in fact starting to go into some neighborhoods who would prefer not to see them," the mayor said. "But I think our feeling at the moment is that were gonna support their right to protest, as long as there is no vandalism or violence."

"And, for the last, you know, many days...we haven't really seen any sign of that," Duggan added. "I think we enforced the curfew three days out of 19; that's all we had to do."

BLM protests in Detroit have been largely peaceful, with tensions and scuffles between police and protesters easing after officials opted to no longer enforce, and then let expire an 8 p.m. curfew.

"Very shortly we're going to be back to what we should be doing, which is trying to get the violence back to a level that it should be," the mayor added. "And right now it is not."

During the governor's COVID-10 stay-home order, Duggan said crime in the city was down 40%.