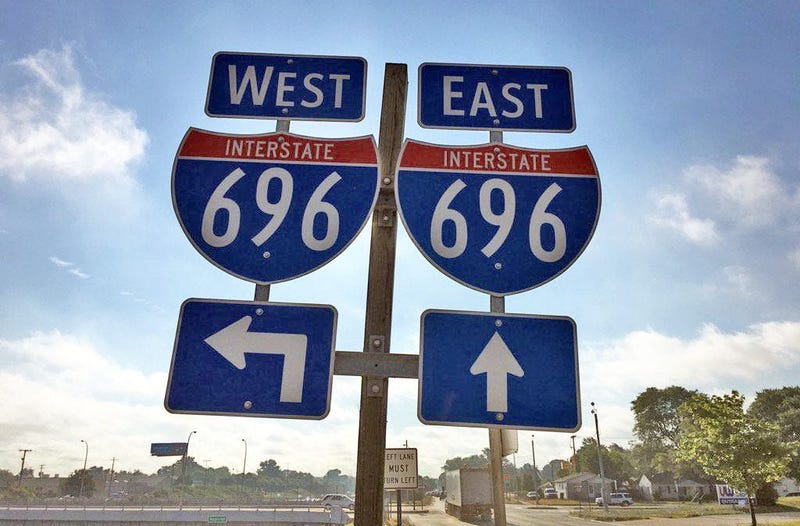 MADISON HEIGHTS (WWJ) -  A yellow blob that seeped on to I-696 near Couzens could be cleaned up today.

The Environmental Protection Agency says the chemical Hexavelent Chromium leaked from a building on Ten Mile Road and came up through a drain near Couzens and froze Friday.  The material will be scooped up and placed into a container.  Officials say there is no threat to drinking water.

Crews have closed the right lane of eastbound I-696 to allow crews to do their work.

The hazardous substance leaking out onto the freeway was jamming up traffic on I-696, Friday evening,

The incident had the right lane of I-696 closed in Madison Heights, just after I-75.  MDOT has also closed the I-696 service drive in the area and the 10 Mile/Couzens on-ramp.

HAZMAT crews were on the scene, at the former Electro Plating Services facility at 945 E. 10 Mile Road.

The site is surrounded by residential, commercial and industrial properties. The HAZMAT team has assessed the situation and determined there is no imminent risk to the public.

DEVELOPING: Officials with @MichiganEGLE tell me a hazardous substance leaking out onto EB I-696 has the right lane closed at Couzens. It's contaminated groundwater from a nearby business. No estimate as to when the cleanup will be finished. LISTEN LIVE: https://t.co/ck03XOnH05

Friday night, WWJ's KT reported the right shoulder was also blocked to traffic, and traffic was heavy and slow from Greenfield.

Drivers traveling eastbound in 696 in Farmington Hills were urged to take 8 Mile Road, or exit onto 12 Mile Road.

Officials with Michigan Department of Great Lakes and Energy initially said contaminated groundwater from the basement of a nearby business was causing concern in that area more than two years ago. The Michigan Department of Environmental Quality said it ordered the company to cease operations and referred the site to EPA in December 2016 after inspectors discovered hundreds of corroded drums, vats and other containers of hazardous waste at the site.

Given the operations on site and the green color, the material is believed to be groundwater contaminated with hexavalent chromiu, officials said.  The USEPA was  collecting samples Friday night or expedited analysis.  Results were expected Saturday.

No injuries or illnesses were reported.