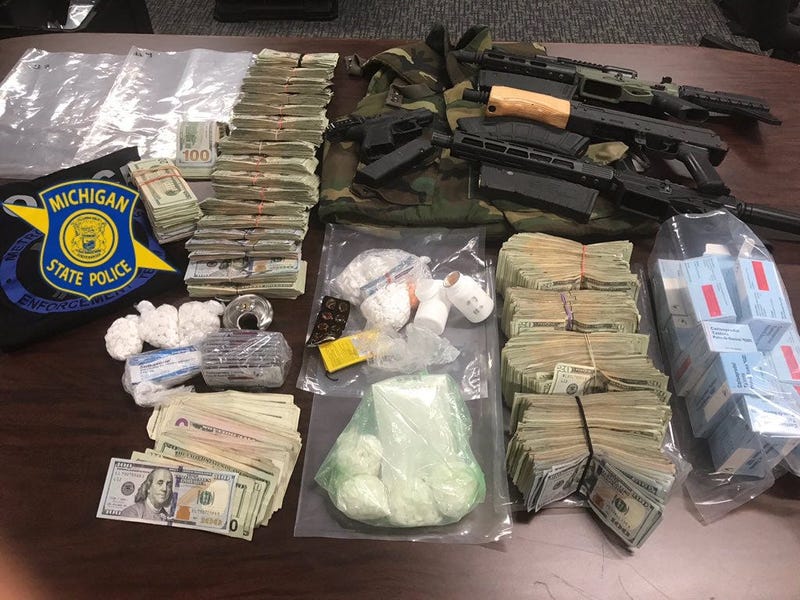 (WWJ) A trio of search warrants served by a police task force in Troy and Detroit uncovered a stash of drugs, guns and cash.

Michigan State Police shared of a photo of what officers found during a series of raids Thursday by the Metro Narcotics Enforcement Team (MNET).

MSP said it was part of an ongoing investigation by MNET — a multi-jurisdictional task force consisting of state, local and federal law enforcement agencies — into a group trafficking prescription pills in metro Detroit.

This comes after, earlier this year, investigators seized of over 10,000 prescription pills from the same criminal operation, police said.

The Dearborn Police Narcotics Team is assisting in the case, as the investigation continues.

No information was released about arrests.