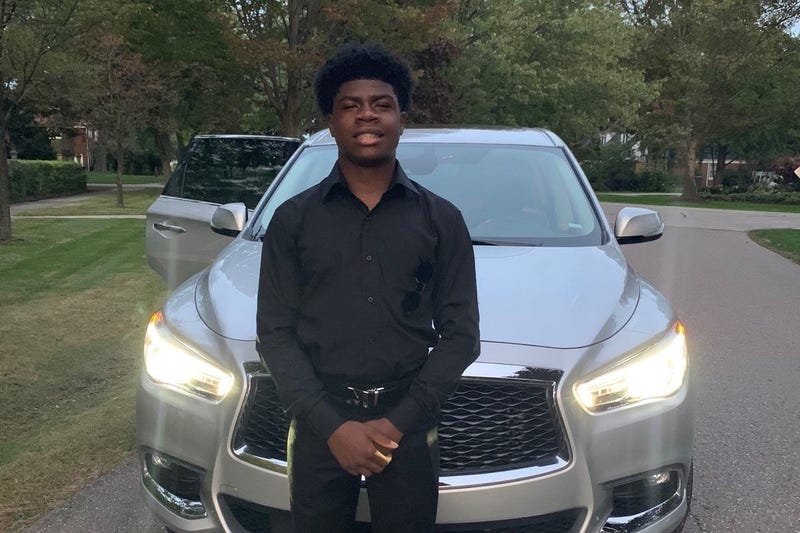 ROYAL OAK, Mich. (WWJ) -- A hearing scheduled for Tuesday regarding a family's fight to keep their teenage son on life support has been adjourned.

Monday afternoon, the judge who was slated to hear the case -- US District Judge Mark Goldsmith -- referred it to US Magistrate Judge Michael Hluchaniuk for a settlement conference.

Jim Rasor, of Rasor Law in Royal Oak, represents the family of 16-year-old Titus Cromer, Jr., whom doctors at Beaumont Hospital in Royal Oak declared "brain dead" back in October. Rasor tells WWJ Cromer arrived at Beaumont on Oct. 17 after suffering an undisclosed injury that cut off the flow of oxygen to his brain. He says the medical staff "did good work to keep him from passing away and stabilizing him."

But a week later, doctors declared him brain dead and Cromer's family became engaged in a legal case, getting a temporary restraining order to keep him on life support. Judge Goldsmith was scheduled to hear testimony from physicians Monday, but the hearing was adjourned.

"Beaumont has relented and agreed to the continuation of the restraining order until the issue is to be decided and the litigation resolved by Judge Goldsmith," Rasor told WWJ. "Today we had a conference with Judge Goldsmith and he has indicated that the parties need to go speak to the magistrate judge to try to reach a resolution of this matter so that we can move forward and get Titus to recovery and treatment that he needs to give him the best chance."

Rasor says Titus, a University of Detroit Jesuit High School student, is lying in the hospital bed with a heartbeat and he's able to regulate his own blood pressure.

"His skin is warm. If you cut him, he’ll bleed. His fingernails and toenails are growing. Abrasions on his body are healing. He’s getting better every day," Rasor said. "We are very grateful for the judge’s wise advice today in making sure that Beaumont is unable to ‘pull the plug’ on this young boy while we seek other options."

Due to the ongoing legal battle, the nature of Cromer's injury has not been disclosed.

Rasor said a Michigan law regarding the "determination of death" standard "grew out of a committee that Harvard University had in the 1960s and it's legal fiction."

"To have a law that changes the definition of death based upon the uncertainty of whether someone with brain damage will recover is illegal fiction and it’s wrong," he said. "And to do that in a way that there’s no appeal for the family and there’s no allowance for extra medical opinions to indicate that there’s a chance is wrong."

Rasor says the rule "strips a person of all the rights that they have when they’re alive."

"Think of somebody accused of a terrible crime who gets a lawyer and gets judged and gets a hearing and a jury. Well that doesn’t happen. Two doctors get together and they say, ‘you’re brain dead,’ and that’s it," he said.

Rasor and the family have been in contact with a specialty rehabilitation facility at the Detroit Medical Center about transferring Cromer for further treatment.

Cromer's case is the second of its kind in southeast Michigan this fall, as a Washtenaw County family fought to keep their 14-year-old boy alive at the University of Michigan's C.S. Mott Children's Hospital after a severe asthma attack cut off circulation to his brain. The family ultimately lost its battle and Bobby Reyes was taken off life support.