(WWJ) The biggest names in Michigan politics joined over 2,000 protesters fighting for social justice in Detroit.

Protester, Jennifer Lewis, said there were so many people there she did not see Governor Whitmer. However, Lewis heard her voice.

“I thought she (Whitmer) was being patched in through her phone,” Lewis said. 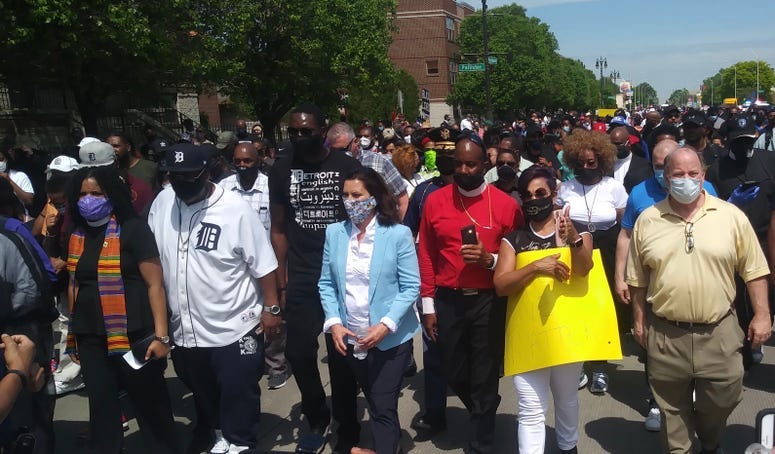 In a Facebook post, Governor Whitmer said: "I will never be able to fully understand the pain that Black and Brown communities are forced to bear, but I will spend my life fighting for the justice and peace that everyone deserves."

The march started at Highland Park City Hall and ended in the parking lot of the Wayne State Athletic Complex at Warren and Trumbull.

The protesters are in part fighting for justice for George Floyd, an African American man who died after a Minneapolis police officer put his knee on his neck for several minutes. They are also walking in honor of too many other African American men, women, even teenagers who lost their lives at the hands of a police officer including:  Eric Garner, Alton Sterling, and Breonna Taylor. 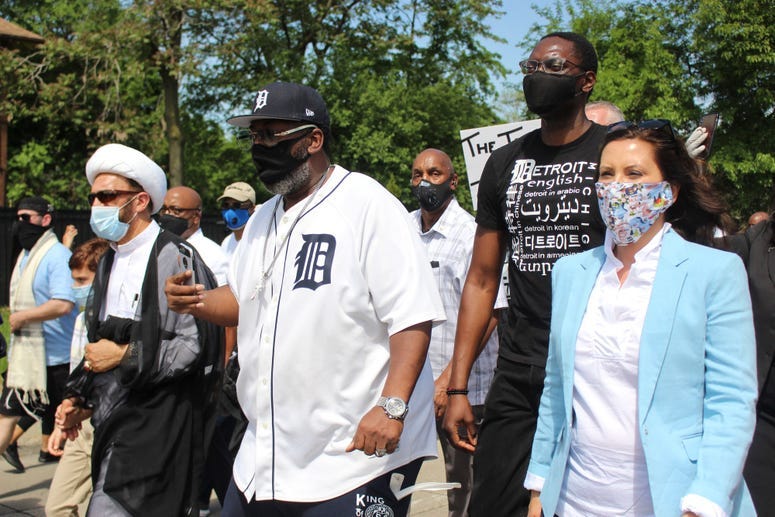 Mayor Duggan implemented a curfew from 8pm to 5am each night until further notice, after hundreds of arrests during demonstrations that turned violent over the weekend. He said the vast majority of the people taken into custody were from outside the city.

However, he announced during Thursday’s press conference the curfew would be enforced at Police Chief James Craig’s discretion.

“If we’re going to get through this, it is because of the trust between the people of the city and the Detroit Police Department,” Duggan said. 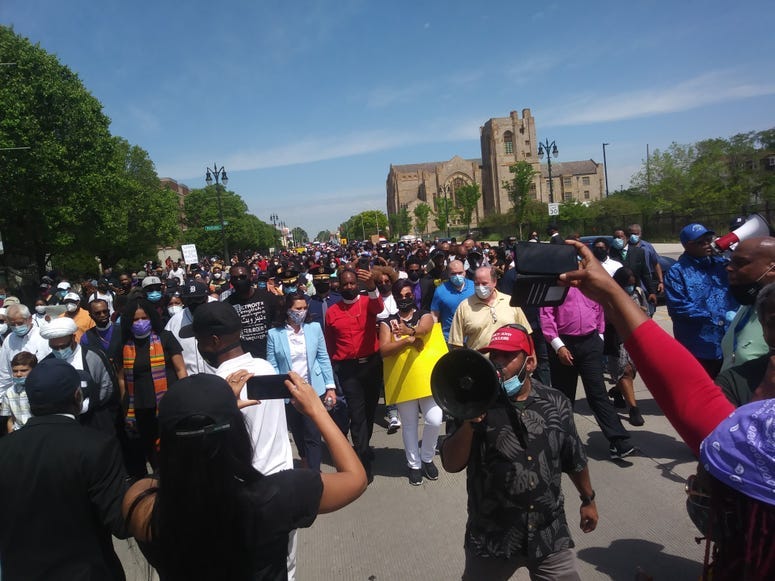 “I said to Chief Craig the 8 o’clock curfew is a guide for you to protect the officers and the city,” he said. “If you believe we are safer doing it later, you use your judgement.”

Duggan told reporters he turned to Chief Craig after Wednesday evening's peaceful protest: “I said wouldn’t it be great if a day of unity could end in a night of unity?”

The protests were allowed to continue past curfew Wenesday night.

Thousands of protesters are in Detroit for the seventh consecutive night.

Some @DetroitPistons players and coach Dwane Casey on hand for day 7 of the #BlackLivesMatter rally and March in downtown Detroit. I’m live and local on @WWJ950 at 5:30.
Listen live https://t.co/rjkMApPyfq pic.twitter.com/2b9knEYi3L

This is a developing story. Stay with WWJ Newsradio 950 on air, online and on radio.com for the latest.