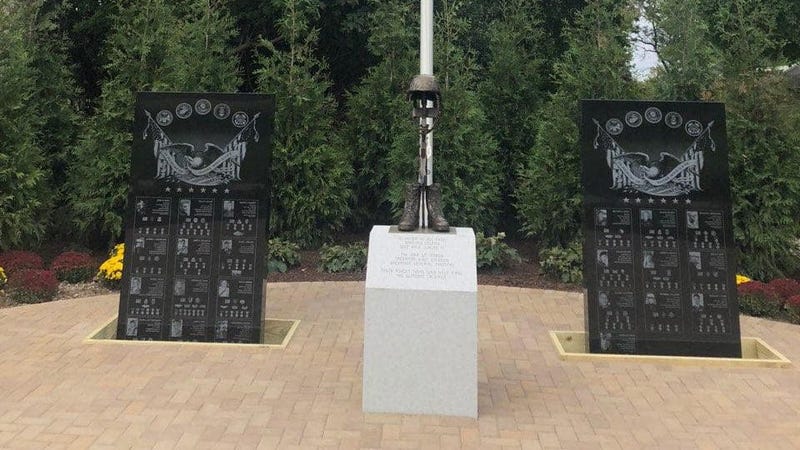 The memorial, called "Lest They Be Forgotten," honors 22 Oakland County residents who sacrificed their lives in military service in the years since September 11, 2001.

"I designed a memorial that incorporated pictures of the individuals along with their name, rank, branch of service, hometown, and a picture of the medals that they had earned while they were there," said Skip Bushart, President of The Fallen Heroes Memorial Foundation. "It is one of the most unique memorials in the country."

Bushart said the memorial serves as a reminder for everyone that freedom isn't free.

"There are individuals that have given their lives for our freedoms and it is because of their sacrifice that we enjoy the freedoms that we do," he said.

The memorial, etched on two black granite slabs, is located outside the Oakland County Sheriff's Office in Pontiac, adjacent Michigan Fallen Heroes Memorial, which honors Michigan’s first responders from police and fire service who have lost their lives in the line of duty.