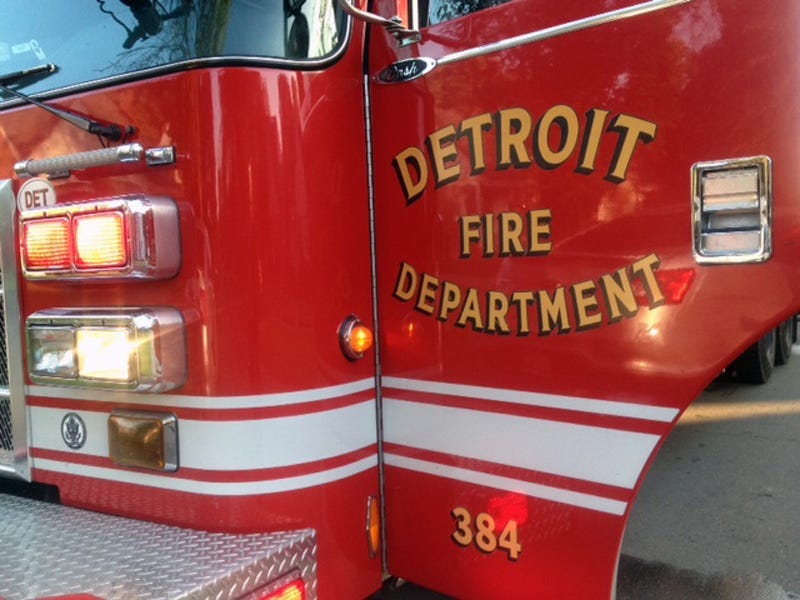 The "all clear" has been given after the leak caused a vapor cloud, which traveled across Schaeffer Highway, officials said. The incident caused authorities to close the roadway between Dix and Fort Street, as well as the ramps to I-75, but traffic has since returned to normal.

Police have not released the names or conditions of the two contract workers that were hospitalized.

Authorities say the leak, reported at around 1:30 p.m. Thursday, appears to have been contained, but it was not clear what caused it.

"We were called down to Marathon for a possible propane leak," said Melvindale Police Chief Joseph Murray, whose department is assisting. "Crews are still at the scene doing an investigation, but it appears not to be a propane leak at this time; it appears to be some other type of oil."

Murray said planned evacuations were called off after they confirmed that it was not, in fact, propane.

Detroit police say there is not believed to be any danger to the public at this time.

Along with local police, and Michigan State Police and the Detroit Fire Department are on the scene.

To report strong odors in your neighborhood or if you have questions, residents can call the Michigan Department of Environment, Great Lakes and Energy (EGLE) 24-hour hotline at 1-800-292-4706.

Stay with WWJ for the latest developments.