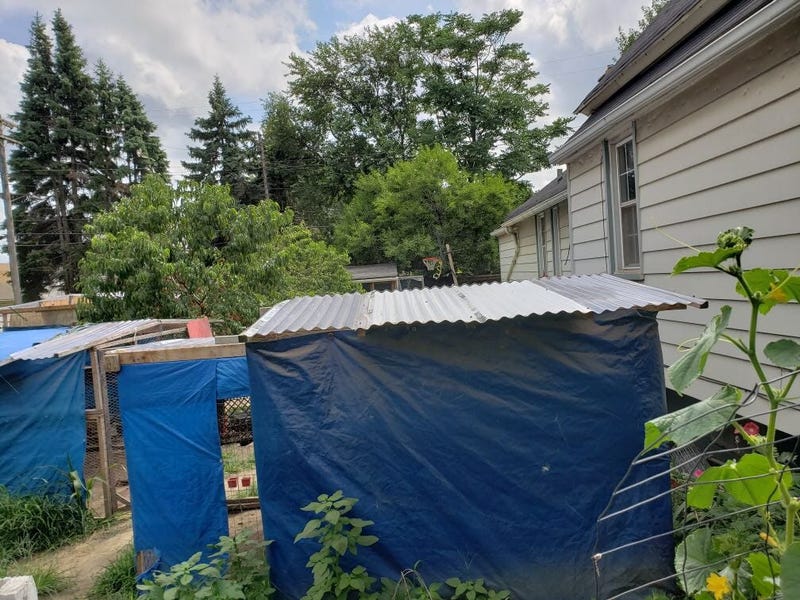 (WWJ) As many as 200 roosters were seized from a Downriver home as part of an investigation into a suspected illegal cockfighting ring.

Acting on a tip, the Michigan Humane Society, along with Michigan State Police investigators, were at a home on Oak Street, off W. Jefferson near Coolidge Hwy., in River Rouge.

Late Wednesday afternoon, rescuers had been at it for nearly six hours, and were still actively removing birds.

"I don't have a hard count at this point," said the Human Society's Andy Seltz. "They're going to be brought back to our facility in Detroit, at which point they're going to be evaluated by our veterinarian staff and cared for by our care team there."

Seltz said it appeared the roosters had been well cared for; found with food, water and shelter, penned up between two homes.

Other than the large number of roosters, officials did not report finding any obvious signs of cockfighting on the property.

"It's very similar to dog fighting, although I think that a lot of people know more about dog fighting," Seltz said. "You know, certain areas, they might hold a yard just for breeding. Another area might conditions and train them. And then they can fight them in a completely separate area. So we're looking

"In and of itself, just having a rooster or multiple roosters isn't a crime. It doesn't associate you directly with cockfighting," Seltz added "It's other elements that go along with it. You know, are you in possession of knives and gaffs. I'm not saying that we're removing that type of evidence from the situation, but that's the type of paraphernalia that's associated with cockfighting."

While there were no arrests, authorities said they expected to seek charges through the Wayne County Prosecutor's Office in the next week or two.

Meanwhile, people living in the area were bewildered by the police activity.

"Neighbors telling me they knew the homeowners had been raising roosters, but they were surprised at how many were on he premises," WWJ's Jon Hewett reported. "I'm told the homeowners have been cooperative."

This comes after, just last month, a warrant was served at a home in Southwest Detroit, where 80 birds were recovered that were part of a suspected cockfighting breeding and training center.