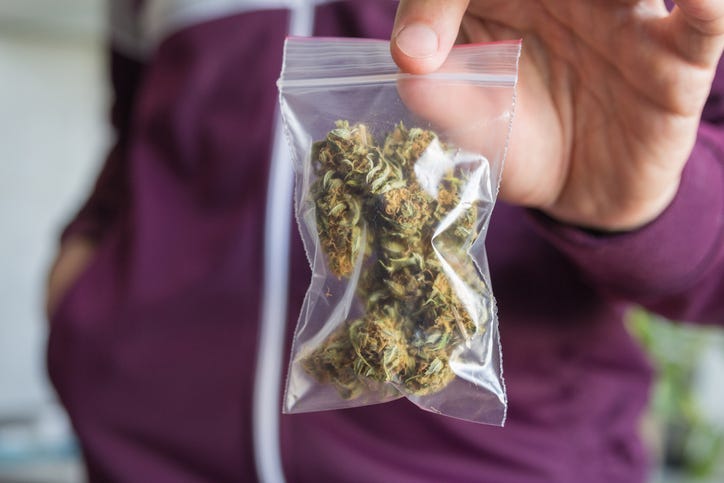 GENESEE TWP. (WWJ) - Michigan State Police have busted a couple of Flint-area marijuana speakeasies that were allegedly selling untested products over the counter.

The MSP's Marijuana and Tobacco Enforcement Division executed search warrants at Liberty Meds Lounge, on Center Road in Genesee Township, and The Rec Center, on Dort Highway in Mt. Morris Township, after receiving tips from the community that marijuana was being sold out in the open and without a license.

"There was no ruse. You could basically go in and buy marijuana. I mean, you didn't have to have a medical card. You were just able to go in and purchase marijuana over the counter like you were buying a beer," Lt. David Kaiser told WWJ's Zach Clark.

Kaiser said licensed shops must test their products, making them safer for consumers -- which has been an issue as of late.

"When you have a state license, part of the licensing process is the product you're selling has to be tested in a lab. The stuff you're buying off the street, you don't know what you're getting," he said. "We've had a lot of deaths here in Michigan where a lot of the different drugs, the marijuana and heroin, has been laced with fentanyl."

Investigators are expected to submit their report for charges to the Genesee County Prosecutor's Office in the next few days. Charges could range from operating a business without a license to operating a criminal enterprise, which is far more severe.

"You know, the sad part is you can legally sell marijuana," said Kaiser. "All you have to do is submit the application and go through the process like so many others have done."