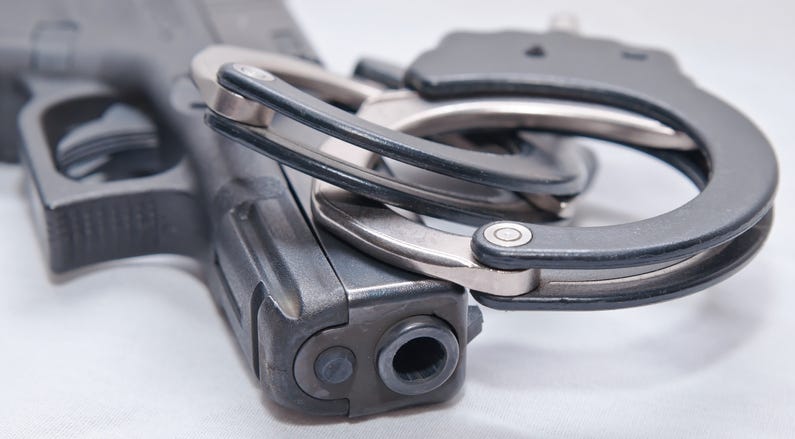 BAY CITY (WWJ/AP) - A former small-town police chief has been sentenced to a year and a day in federal prison for crimes related to the sale of guns and ammunition.

Robert Reznick was chief in Oakley, a village in Saginaw County. Although the town has a population less than 300 people, Reznick created a crew of 120 "reserve officers," most of whom were affluent professionals or otherwise prominent individuals who lived outside and far from Oakley. He obtained guns, ammunition and other police equipment at a reduced rate and then resold them to the reserves for a profit.

Detroit musician Kid Rock was reportedly among the reserve officers.

Reznick also used his position as police chief to facilitate the sale of assault shotguns, with the capacity to hold 16 rounds, from an out-of-state vendor for some of his customers and thereby enabled the purchasers of those shotguns to evade the federal and state taxes on the transactions.

Reznick also filed a false 2012 federal income tax return, and acknowledged under-reporting his income on tax returns for additional years. The criminal tax loss that resulted from the false report was just shy of $90,000.

Reznick told a judge that he's "humiliated and completely remorseful." The 366-day sentence will make him eligible for early release for good behavior. He had pleaded guilty to wire fraud and filing a false income tax return for 2012.

"Former Police Chief Reznick’s prison sentence shows that no one is above the law in Michigan — and that includes those who enforce the law," U.S. Attorney Matthew Schneider said in a statement.

Judge Thomas Ludington said he read many letters that portrayed Reznick as a "remarkable man," but his crimes weren't a "one-time error of judgment."

Reznick must pay about $130,000 as criminal restitution for unpaid back taxes. A civil tax assessment, including penalties and interest, will be made later by the IRS.