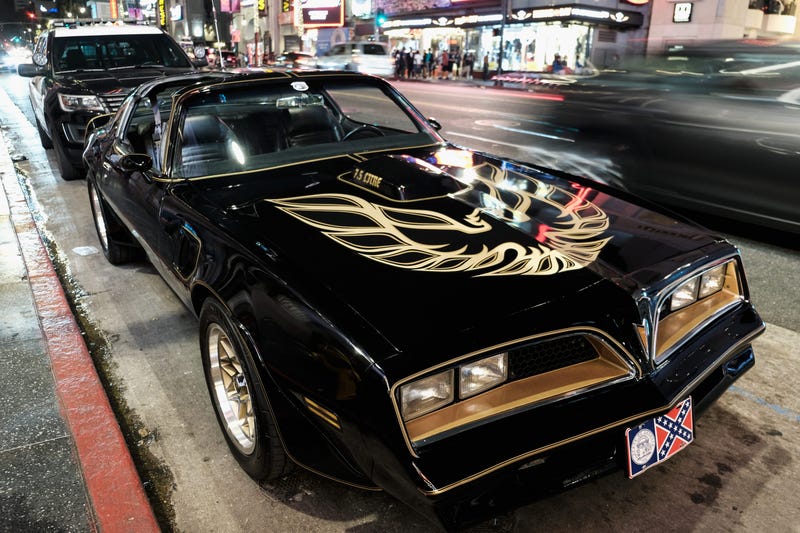 DETROIT (WWJ) -- Officials with the annual Autorama hot rod show say they are "blindsided" after Detroit City Council voted unanimously last week to cancel the event's stunt jump with the car from the movie "Smokey and the Bandit."

The jump was set to take place outside Cobo Center and feature a replica Pontiac Firebird Trans Am from the 1977 movie starring Michigan native Burt Reynolds, who died last year at age 82. In the movie, the car has a front license plate with a Georgia state flag bearing the Confederate battle emblem.

Stunt driver Raymond Kohn was scheduled to make a jump similar to the one he did two years ago while driving the "General Lee" car from "The Dukes of Hazzard," which has the symbol on its roof.

He claims two years ago, organizers refused to take the confederate flag off the replica iconic orange Dodge Charger.

“The Confederate flag was proudly displayed within the last two years during an Autorama car jump when they came and expressly said they would not display that symbol during the jump and come to find out, they actually displayed that symbol,” Benson said.

But Kohn says they never asked him or his company, Northeast Ohio Dukes, to remove the symbol for either jump.

“Nobody from the city council had ever contacted me in any way regarding the Confederate flag on the General Lee," Kohn told WWJ. "Had that been the issue, we never would’ve done the jump in Detroit because that’s going against everything that we think is right. Understand that we’re on that same side as they are. We’re against that too.”

Kohn says people love the Northeast Ohio Dukes' jumps and love "Smokey and the Bandit," and just want the jump to happen.

"We have had people take vacations from all over the country, their one and only vacation this year, and they were going to come up to the jump. And now they’ve wasted their vacation," Kohn said. "Want to know how much money Detroit lost because of this decision?”

Northeast Ohio Dukes, said the council "jumped to conclusions" because the vehicle they use in stunts doesn't even feature the Confederate flag license plate as in the movie.

"We're just children of the 70s and 80s that want to jump a car to honor a great man and now politics and racist people have taken that away from all of us," the group said in a post on Facebook. "We have always strongly and publicly denounced any white supremacy or hate groups and any type of misrepresentation of the battle flag."

City Council is set to meet again Tuesday morning and Autorama officials plan to be in attendance.