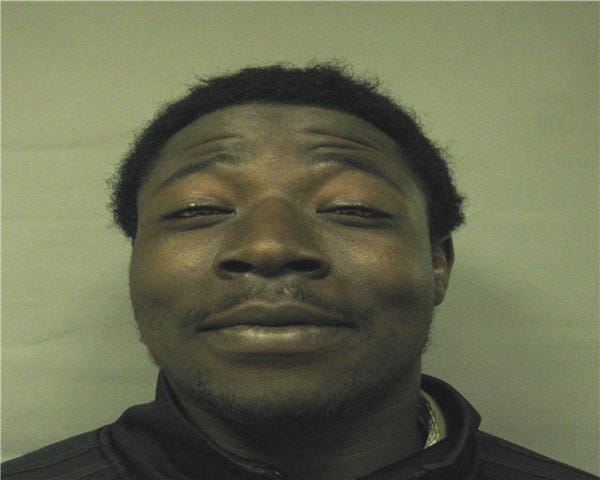 MOUNT CLEMENS (WWJ) - A 27-year-old man who was shot six times while allegedly trying to rob a gas station is facing a list of criminal charges.

Allan Moore, of Clinton Township, was arraigned Friday via video from the McLaren Macomb Hospital on 12 felony charges stemming from two cases out of Macomb County. Bond was set at $1 million for each case.

Moore was arrested April 24 following the shooting at the Mobil gas station at 116 Main Street, near the corner of Gratiot Avenue and Church Street in Mount Clemens. According to police, Moore was wearing a mask when he entered the gas station with a stolen .22 revolver and attempted to rob two patrons and steal money, cigarettes and lighters.

The clerk pulled out a gun and shot the suspect repeatedly. Moore was taken to the hospital in critical condition. He remains hospitalized though his current condition is unknown. No charges were brought against the clerk, a 25-year-old Detroit man, who was legally in possession of a 9mm handgun.

Officials say Moore is also responsible for a robbery that happened March 29 at the Family Dollar store on North Gratiot in Mount Clemens. He was allegedly wearing a mask when he entered the store with a gun and demanded cash, then fled the scene. Several customers were in the store at the time, but no one was injured.

Charges from the gas station incident include three counts of armed robbery, receiving a concealing a stolen firearm, felon in possession of a firearm and three counts of felony firearm.

Charges from the dollar store incident include armed robbery,  receiving a concealing a stolen firearm, felon in possession of a firearm and felony firearm.

Moore is due back in court May 15 for a probable cause conference.

According to the Michigan Department of Corrections, Moore was placed on probation on March 27, just two days before the dollar store robbery, on two counts of first-degree retail fraud.