(WWJ) "We wanted to spread the news, basically, that bigfoot is real, a real thing and in Michigan — specifically the Upper Peninsula."

That's the message from Richard Meyer, founder and organizer of the Upper Peninsula Bigfoot/Sasquatch Research Organization (UPBSRO) and the UP Bigfoot Conference to be held this weekend.

Speaking to WWJ's Michael Cohen, Meyer made clear that this isn't a joke.

He and others in his group claim there's plenty of evidence that a number of these fabled, humanoid creatures exist in the wilds of the Great Lakes State.

"We have footprints. We actually have some on display this weekend with us," Meyer said. "People have had a what we call a Class A sighting, where they've seen Bigfoot right there in front of them."

As far as just how many could be in the UP, Meyer said it's hard to put a number on it. However he said they've had "multiple sightings," including of family groups of anywhere from two to ten Bigfoots at once.

"There's a breeding population of Bigfoots, for them to have been around as long as they are...So it's more than one creature," he said. "There's males and females, old ones and young ones."

Bigfoots have been spotted, he said, all across the U.P.. from Drummond Island to Ironwood, and from Copper County all the way down to Menominee.

Meyer said, historically, there have been Bigfoots in the Detroit area as well. "There's sightings from Belle Isle back from before everything was developed, where they had Bigfoots on Belle Isle and they were crossing the (Detroit) river."

So, why are there no clear photos of these beasts?

"Usually when you see a Bigfoot in the woods, it crosses the trail behind you, you hear a noise and then you see it and it's gone as fast as you saw it," Meyer said.

"There's not as many of them as there are of us. They stay secluded in the woods," he added. "Usually we get an uptick in sightings and experiences during the months of September through November, with the hunting season and scouting for things like that with people in the woods more. We just don't push far enough into the woods to see them as often as they would come to the edge to see us."

So, are they smart? Meyer said he would guess that Bigfoots are as intelligent, or even more intelligent, than humans... and they hide better than we do.

"The average seems to be between 6 1/2 to 8 feet tall, broad shoulders, built kinda like a football linebacker, but bigger in stature...and then covered in hair."

For those interested, Meyer pointed to "good footage" on YouTube that purportedly shows a Bigfoot crossing the Cass River, in Michigan's Thumb region.

Meyer said he expects about 100 people to attend Saturday's conference, at the Little Bear East Arena in St. Ignace. 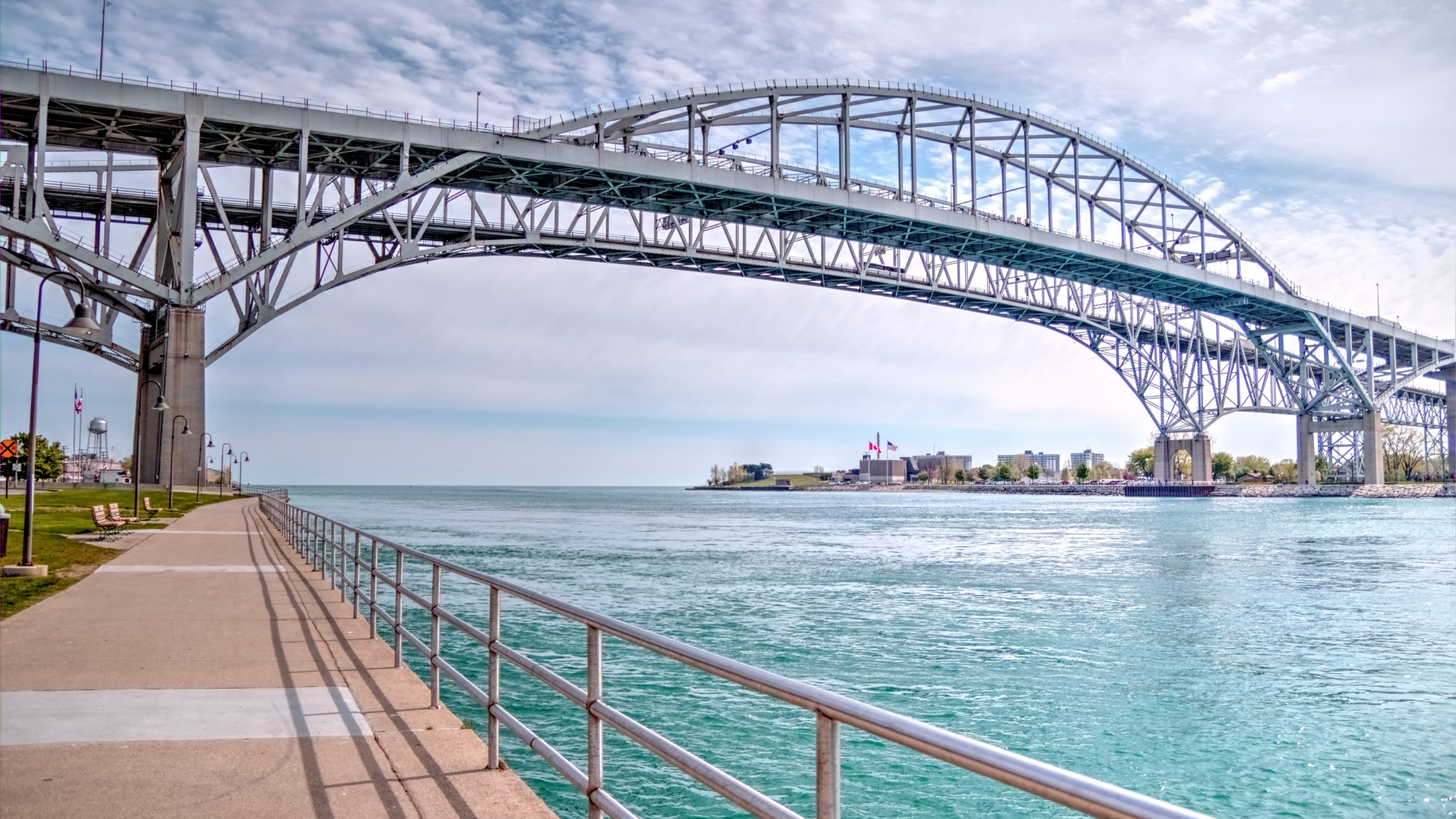