(WWJ) There were no injuries Sunday morning when a fire damaged the metro Detroit-area home owned by rock and roll legend Bob Seger, according to authorities.

The West Bloomfield Fire Department responded to the house, on Laplaya Lane at Old Orchard and Commerce roads near Upper Straits Lake in Orchard Lake, at around 6 a.m. on Halloween.

West Bloomfield Fire Marshall Byron Turnquist said, thankfully, everyone inside was able to get out safely.

"The homeowners were awoken by the alarm. They quickly discovered smoke coming from an outlet inside the residence," Turnquist said. "They let dispatch know that there was smoke in the residence."

Upon arrival, firefighters found smoke inside the home, went to work and were able to locate and begin fighting the fire.

"The fire was primarily in the void spaces of the residence, so they had to open up wall and ceilings in order to get to the fire to extinguish it," Turnquist said.

The cause of the fire has not yet been determined, and Turnquist said an investigation is underway. The extent and cost of damage is also unknown at this time.

Turnquist said this incident serves as a good reminder for everyone to check the batteries in their smoke detectors, because the alarm was what alerted sleeping residents to Sunday's fire.

He said it's a good idea to replace any smoke alarms that are over ten years old.

Authorities have not said if Bob Seger himself was in the house at the time. No other details were released. 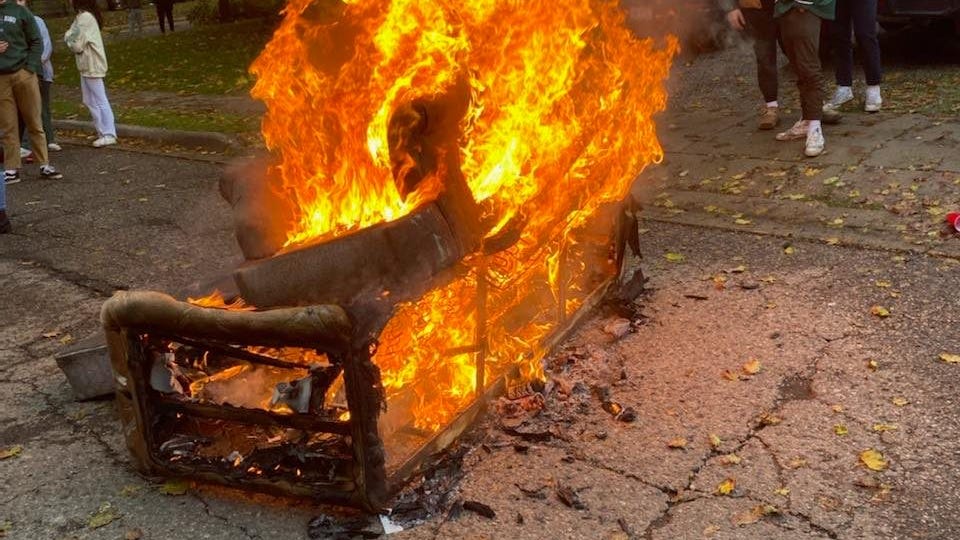