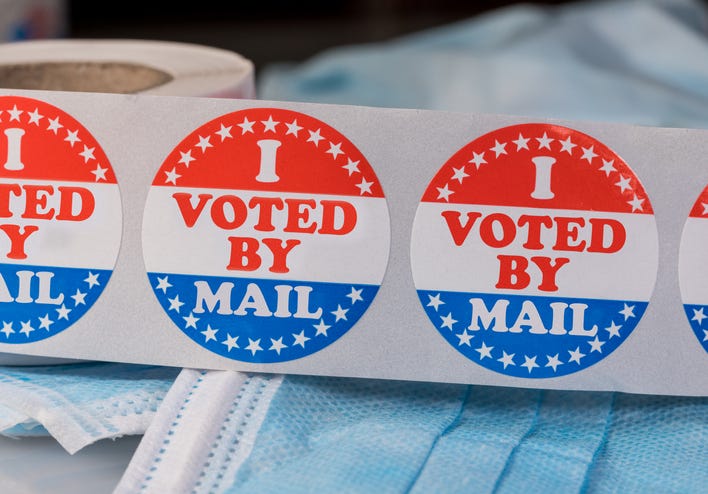 (WWJ) A Canton Township man accused of forging his daughter’s signature on an absentee ballot has been sentenced to probation.

Parana was charged in November with impersonating a voter, a four-year felony, and election law forgery, a five-year felony. He pleaded guilty to a lesser charge in a deal with prosecutors.

“While voter fraud rarely occurs, we are vigilant in pursuing such activity when it does,” AG Dana Nessel said, in a statement. “This is an example of how my office reviews legitimate claims of voter fraud to discover the facts and prosecute according to the law.”

“Michigan’s election was the most secure in our state’s history, and the results accurately reflect the will of the voters,” added Secretary of State Jocelyn Benson. “Despite unprecedented scrutiny we continue to affirm the security and integrity of the process with our zero tolerance policy for any incident of fraud.”

Investigators said that, prior to the Nov. 3 election, an absentee voter ballot addressed to Parana’s daughter arrived at his home, and rather than forward the ballot to his daughter, Parana filled out the ballot as she instructed. He then forged her name to the back of the ballot envelope and mailed it to the Canton Township Clerk’s Office.

After discovering the fraudulent ballot, the clerk’s office then reported the situation to the Michigan Department of State for investigation. The daughter’s ballot was ultimately accepted after the township clerk contacted her and was able to obtain her valid signature on an affidavit.

Countless allegations of widespread fraud in the November general election have been made with no proof to support those claims, the AG's office said. Courts and judges – both state and federal – have dismissed the cases that sought to undermine the results of the election, due to the inability of plaintiffs to prove their claims.