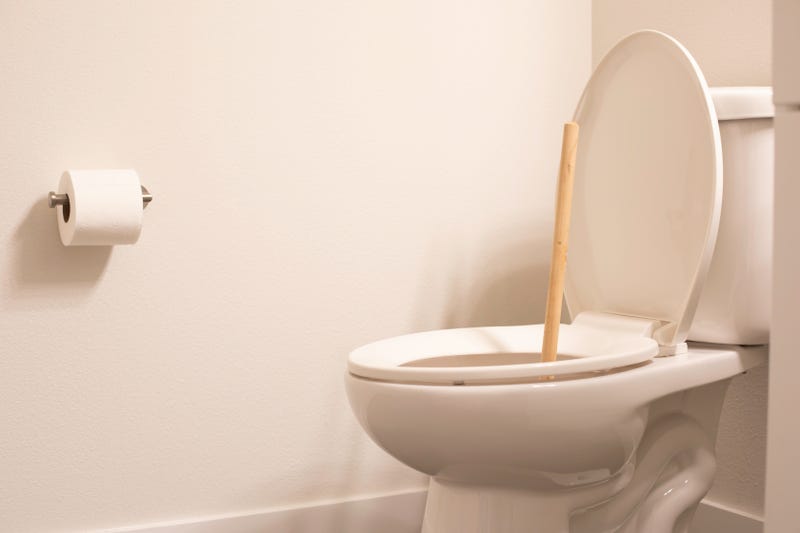 DETROIT (WWJ) -- Everyone knows about Black Friday, Small Business Saturday and Cyber Monday -- but have you ever heard about "Brown Friday?"

While family and friends will be gathering for Thanksgiving on Thursday, some metro Detroiters may be getting a visit from a plumber on Friday -- a day that has also been dubbed "Brown Friday" because it’s one of the busiest days of the year for plumbers.

One frequent problem Michaud sees is people putting things down the drain that should be thrown away instead.

“Potato peels are a big one, carrots, anything really stringy,” he said live on WWJ Wednesday afternoon. “You don’t want to put grandma’s carrot souffle that no one ate down the drain. You’re not supposed to put much down the drain as it is, but those are the things to look out for.”

While Michaud says he hasn’t seen many turkey bones, another common food item he finds in clogged drains is turkey skin.

“It gets clogged on the walls inside your pipes and it’ll cause a pretty big backup,” he said.

Putting such things down the drain can cause damage to more than just your pipes -- Michaud says it can lead to other problems like massive water damage.

“If whatever you put down the drain gets down under the basement or crawlspace, it can cause floor drains to back up, any sinks you have or toilets in the basement -- it can create some serious water damage,” Michaud said.