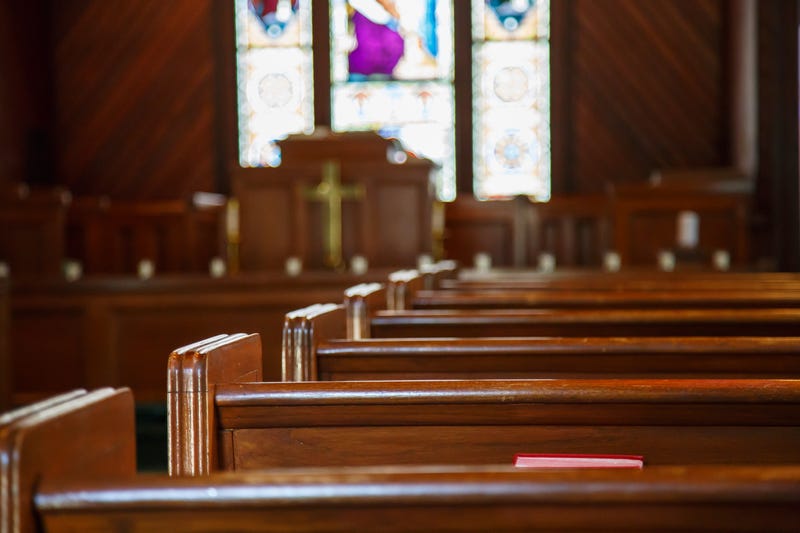 DETROIT (WWJ) - An alleged thief made off with dozens of items from St. Hyacinth Roman Catholic Church in Detroit ahead of a fundraiser meant to help pay bills, churchgoers say.

As reported by WXYZ, parishioners said various donated items, such a flat screen TV and other expensive appliances, were meant to be raffled off to help raise money for the financially struggling church.

Susan Kraus, chairwoman for St. Hyacinth's Evangelization Committee, told WXYZ that usually the more expensive items would be displayed on tables in an old school building next to the church.

"Normally, those tables there would be the raffle with the TV, the shop vac, the vacuum and all the electronics," said Kraus. "All that was put in, someone donated that. And I felt so bad for the donor and I felt bad for our parishioners,"

The thief allegedly got into the building through a window and broke a gate while they walked around inside, Kraus and Banana Festival Chairman Mark Zauner told WXYZ.

"The police told us to get a security system, but we can't afford it," Kraus said.

Initially, the thief tried to steal the church's 2.500-gallon water heater, Zauner said, citing that the pipes still bore saw marks from where someone tried to cut through them.

Water also got on the lights, damaging them, Zauner said.

"It is just unthinkable that someone would steal from a church," he added.

The thief managed to get away with a TV and multiple other items of high value, leaving the church to deal with the aftermath of costly repairs and replacing the donations for the event.

"It is our biggest fundraiser for the year — it pays our heat bill," Zauner told WXYZ. "We are a small church, we are all small parish and we just don't have a lot of people donating."

According to the church's social media page, St. Hyacinth was founded in 1907 on Detroit's eastside in the area commonly referred to as Poletown. Kraus told WXYZ it is one of the last remaining churches that still belong to Polish-Americans and she, along with parishioners, look to keep the parish operating well into the future.

"I would just hope that those individuals have a change of heart and bring back the stuff to us," Kraus said. "If not, I don't know. I just hope that maybe some other people can come forward and help us out a little bit."

Volunteers are accepting donations to help replace the items that were taken for the Banana Festival scheduled for Oct. 1.

Items may be dropped off at the rectory at 3151 Farnsworth Street. All other questions or concerns can be made to the church at 313-922-1507.