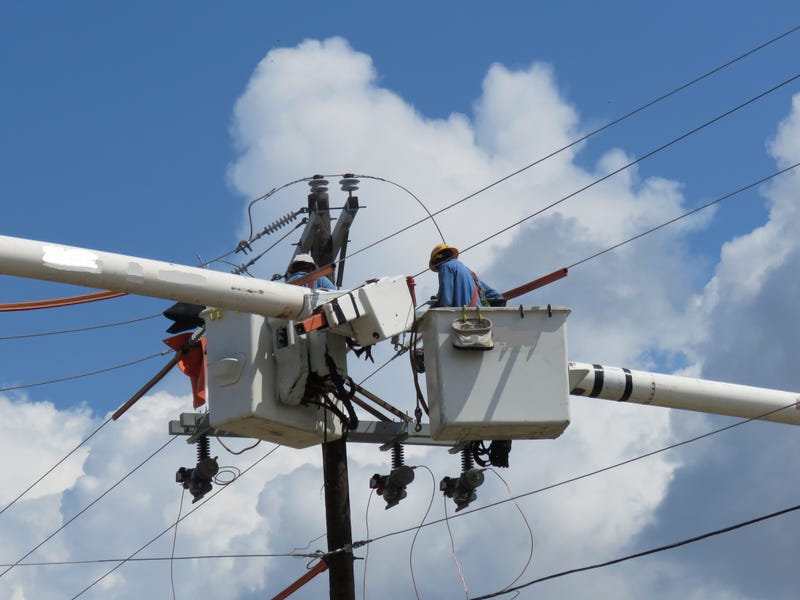 (WWJ) - DTE Energy is stepping up efforts to help out Floridians in the wake of destruction and catastrophic hurricane Ian, officials said on Thursday.

Over 350 contractors with DTE Energy are poised and ready to lend a hand in restoration efforts after the major Category 4 storm made landfall in southwest Florida, just south of the Tampa Bay area Wednesday afternoon.

“The recent hurricane that came ashore yesterday has impacted more than 2.6 million electrical customers for the utilities in Florida,” Pogats said. “That’s a huge, huge impact for that state. It’s a humanitarian effort now for the rest of the utilities throughout the United States to rally resources and come to their aid.”

Pogats said sending lineworkers to help in the aftermath of storms and other natural disasters is a “hallmark” of the industry.

DTE has sent crews to the South many times in the past to help with hurricane relief, as well as to neighboring Quebec and Chicago in times of need. Pogats added that a number of different utility companies also rally to Michigan to help restore power when severe weather affects the area.

This time is no different.

After looking at the weather outlook for the next 10 days, DTE made the decision to send their contractors – Pogats said preparations began almost a week before the hurricane came ashore west of Fort Myers.

DTE contractors began leaving Michigan as early as last Friday, with the final push of crews leaving right up until Monday morning.

“As the storm approached, the rally came out to get lineman in place ahead of the weather, safely…” he said.

As of Thursday morning, Pogats estimates over 16,000 additional lineman are currently in the state of Florida.

“It's an organized effort across various utilities. It’s what we do and if we didn’t come help, who would really be there to help them? This is who we are and this is what we do,” he added.

In order for restoration efforts to begin, Pogats said lineworkers must wait for dangerous weather to pass and flood waters to recede. Crews will then work with local authorities and emergency management teams to get power up and running.

“They will work hand and hand with them in that restoration and going to the locations that they deem the priority and it's pretty standard, like hospitals, major grocery stores, gas stations so that folks can get fuel for generators and things of that sort,” Pogats explained. “There's a push to try to get some normalcy of life back into the communities and restoration continues from there.”

Line workers are expected to down in Florida for at least a week and do up to 10 days or possibly more.

The true destructive force of Hurricane Ian began to come into focus a day one day after the major storm made landfall -- it is reported to be one of the strongest hurricanes ever to hit to the U.S., the AP reports.

The storm flooded homes on both of the state's coasts, cut off the only bridge to a barrier island and destroyed a historic waterfront pier -- at least one man was confirmed dead.

“We’ve never seen storm surge of this magnitude,” Florida Gov. Ron DeSantis told a news conference. “The amount of water that’s been rising, and will likely continue to rise today even as the storm is passing, is basically a 500-year flooding event.

Ian grew to a monstrous Category 4 storm, with 150 mph winds before slamming into the coast. Over 2.5 million people are without power in the aftermath of the story.

Pogats said sending line workers “clearly... was the right thing to do for the industry and for those folks down in Florida.”