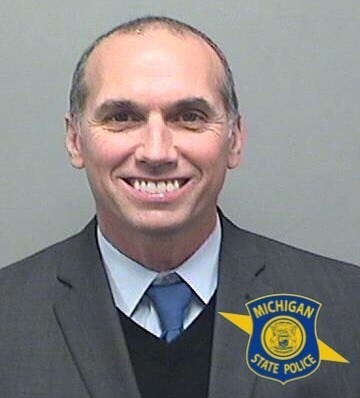 A plea hearing was delayed for disgraced former Macomb County Prosecutor Eric Smith over coronavirus, with attorneys saying he is infected, has been hospitalized and exhibiting "severe symptoms" of the disease.

Smith, 54, resigned in March, just days after he was charged with ten criminal counts related to the illegal use of forfeiture funds, and spending campaign dollars to enrich himself.

Smith, in a statement, said his resignation "with a heavy heart," and predicted that he would be be exonerated. "There have been several allegations leveled against me by the Michigan Department of Attorney General in the past few days. I intend to whole-heartedly defend myself against those allegations. I have been part of the criminal justice system for close to thirty years. Know that I have absolute confidence that our cherished justice system will bring forth the truth and exonerate me," he wrote. 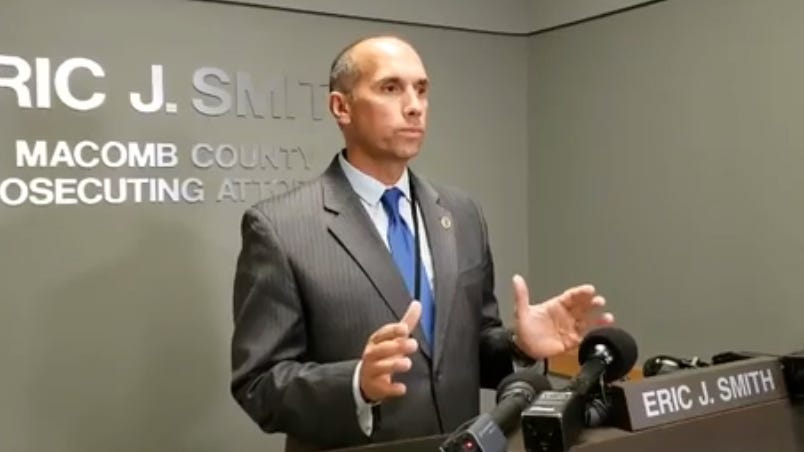 In September, he pleaded guilty to obstruction of justice. The plea hearing was set for today, but moved to Dec. 17 while Smith battles the illness.

"It is in the best interest of justice that Defendant be present in his counsel's office to prepare for and execute the plea hearing," according to court documents.

Even when pleading guilty, Smith maintained his innocence, saying in a statement, "Never did I trade justice for money or any other benefit. Let me be absolutely clear: The Macomb County Prosecutor's Office was never for sale under my watch. I acted irresponsibly and recklessly, and I will be held accountable for my actions. However, I never compromised when it came to protecting the citizens of Macomb County and prosecuting criminals."