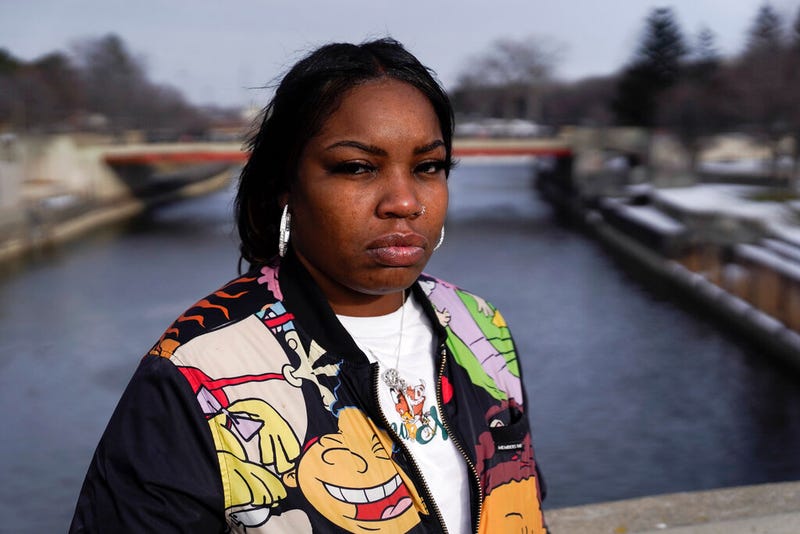 “I literally could have cried,” said Hawk, sitting in her car after learning former Michigan Gov. Rick Snyder and others in his administration were expected to be charged in a water crisis blamed with causing learning disabilities in scores of children and other medical problems among adults in the majority Black city about 60 miles (95 kilometers) northwest of Detroit.

Her son, Sincere Smith, was 2 years old when Hawk noticed something wasn't right with the family's tap water. Sometimes the water they drank and used for cooking and bathing was discolored. More concerning was when it gushed out brown. 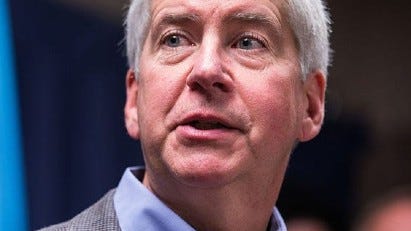 Ex-Michigan Gov. Rick Snyder, others told they're being charged in Flint Water Crisis

It wasn’t just her home, but all across the former manufacturing hub that for decades had turned out some of the best cars and trucks produced by U.S. automakers.

Residents had been complaining about the discolored discharge as early as 2014 after the financially strapped city — while under state oversight — switched from water pumped from Detroit to the Flint River to save money.

State and some city officials insisted the water was safe to use — until a group of doctors in September 2015 urged Flint to change its water source after finding high levels of lead in children’s blood.

The water, it turned out, had not been treated to reduce corrosion — causing the toxic metal to leach from old pipes and spoil the distribution system used by nearly 100,000 residents. The water also was blamed for a deadly outbreak of Legionnaires’ disease in the Flint area.

In the Hawk household, rashes had started to spread over her son’s body. He became inconsolable when she bathed him. The boy’s pediatrician pointed to the city’s water as the cause.

Sincere would become the face of the Flint water crisis when a photo of him was selected in 2016 for the cover of Time magazine.

Seven years after the water was first switched, Snyder, his health director and other ex-officials have been told they’re being charged in a crisis that has been highlighted as an example of environmental injustice and racism. Two people with knowledge of the planned prosecution told The Associated Press on Tuesday that the attorney general’s office has informed defense lawyers about indictments in Flint and told them to expect initial court appearances soon. They spoke to the AP on condition of anonymity because they were not authorized to speak publicly.

Flint has since returned to water from Detroit’s system and has replaced more than 9,700 lead service lines, but scars remain — some visible, others psychological.

For Sincere, now 7, and his siblings, water from taps can elicit fear similar to the boogie man or dark closets.

While visiting their grandmother’s home in Florida, Sincere was hesitant about the water, Hawk told The Associated Press.

“I told him ‘It’s not Flint. Y’all can drink it,’” Hawk said. “But they’ve been normalized to drinking bottled water because they can’t drink our water. Flint kids are traumatized.”

Snyder, who left office in 2018, was not initially charged, though others were. But a new probe was started in 2019, with all charges dropped against eight people. Prosecutors working under a new state attorney general said all available evidence was not pursued by the previous team of prosecutors.

“They poisoned the whole city,” Roy Fields Sr. said of officials elected and appointed to make sure residents were safe.

“At first, we thought all we had to do was boil the water and be OK,” Fields, 62, said Wednesday. “We cooked with it, drank it and when we heard about the problems with it, we stopped in 2014, but it was too late.”

He wants someone brought to justice.

“They talk about jail time,” Fields said. “But that does no good. Let them come back in here and work to help educate and do what they can to make this community whole. I was hostile. I had to forgive them in order to move forward.”

The news of charges “is a salve, but it isn’t the end of the story,” said Dr. Mona Hanna-Attisha, a pediatrician who helped call attention to childhood health risks from Flint’s water.

“Without justice, it’s impossible to heal the scars of the crisis,” Hanna-Attisha said Wednesday in a statement. “Healing wounds and restoring trust will take decades and long-term resources.”

Hawk is skeptical that charges will lead to accountability. Even if there are convictions, who will repair the emotional trauma?

“I don’t want to give up on the young people who don’t have a voice,” she said. “And Sincere, I want him to know that he did something good, that he was brave putting his story out there. I don’t want him to feel like a victim. I tell him now that when he gets older to say, ‘Yeah, I’m the little boy that was on Time magazine that opened the eyes to America to what was happening in the city of Flint.’”