DETROIT/DEARBORN (WWJ) -- A portion of I-94 remains closed this morning due to flooding caused by heavy rains and power failures to pump houses.

Those who drive along I-94 in Detroit and Dearborn between Greenfield Road and the I-75 interchange should find alternative routes on Monday.

Wow. 94 between Lonyo and Livernois on Detroit's west side. Water level has not gone down. Traffic and Weather together on the 8's on WWJ Newsradio 950. AM 950. pic.twitter.com/g2cj810DHH

MDOT says that its crews, along with county partners, have been working nonstop to fix the issues caused by the downpour of rain that happened between Thursday and Friday across metro Detroit.

Dozens of freeway pump houses were affected by power outages, preventing them from pumping water off of the freeways.

While temporary generators were brought in to remove the water from most area freeways, I-94 remains closed due to the fact that creeks and rivers in the area between Greenfield and I-75 are cresting and running off onto the roads.

Once those waters begin to subside, MDOT will be able to clear the water that’s flooding I-94. At that point, crews will have to tow all abandoned vehicles and remove debris from the freeway to ensure the roads are safe before reopening.

In the meantime, reopened freeways that can used as detour routes for drivers include I-96, M-10, and I-75. 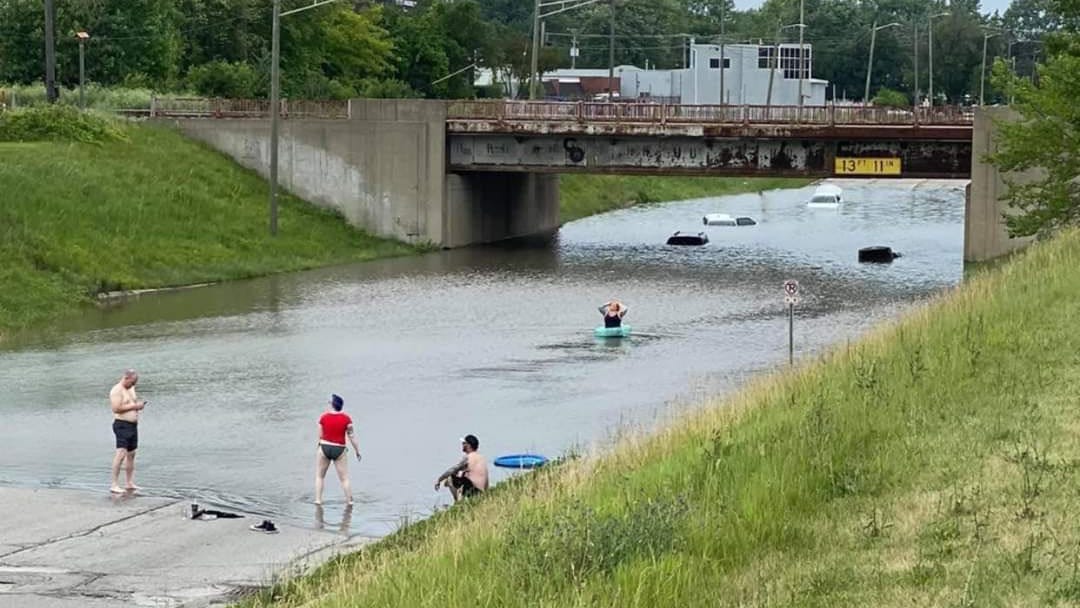