LINCOLN PARK (WWJ) -- An update has been released by Michigan State Police Thursday morning about what has had a portion of I-75 tied up since midnight last night.

The Semi trailer struck two light poles which broke open the Semi's trailer.  Automobile parts fell out of the trailer onto N/B and S/B lanes.  Three vehicles were disabled from running over the debris on the freeway. 2/3

The driver then struck two light poles, causing the semi trailer to split and the auto parts to spill onto both the north and southbound sides of I-75.

While crews were cleaning up and repairing a 40-foot part of the wall that was damaged, State Police closed a portion of northbound I-75 at Dix Highway and completely closed southbound I-75 at the M-39 (Southfield Freeway).

According to officials, three vehicles were disabled after running over the spilled auto parts, but no injuries were reported. 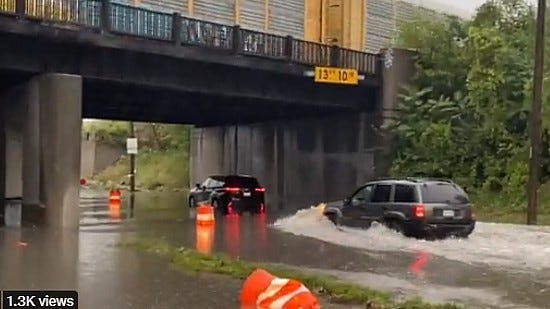