DETROIT (WWJ) Michigan State Police troopers rescued a man from the flooded Lodge in a boat in downtown Detroit.

Some video from earlier today underneath the TCF Center as @MichiganDNR conservation officers and a sergeant from the Metro South Post rescue a driver from the top of his car. pic.twitter.com/xBrqUufrnD

“That tunnel right underneath TCF, we get a couple of sprinkles and that one seems to flood regardless,” MSP First Lieutenant Mike Shaw told WWJ, “A lot of times people don’t realize it’s actually flooded that high.”

The tunnel at Jefferson and the Lodge can collect waters up to five or six feet deep, according to Shaw. He said the troopers located the man, stranded on the top of his car, and they teamed up with the Department of Natural Resources to get a boat to him.

“We tried to get him out as dry as we could,” Shaw said. They helped him into the vessel and took him to dry land.

MSP only had three or four calls about abandoned cars on the freeway during this rainstorm, Shaw said, compared with over 700 during the historic flooding of late June.

“I think drivers really learned to take the surface streets during these rain events,” Shaw told our Tony Ortiz. “And if they see some ponding water, it’s best to just turn around. You don’t want to take any chances.”

Shaw said this storm was not comparable to June’s flood—and the flooding of 2014 remains the worse he’s ever seen.

Still, multiple homeowners, especially in the Grosse Pointes and Dearborn Heights, are dealing with a second round of flooding as they’re already cleaning up from the historic rains of three weeks ago.

Mohammed El Kaki of Dearborn Heights is one of them. In June, 10 feet of water seeped into the house he shares with his wife and baby daughter. They had to throw out "everything" and tear down the walls.

"I lost my whole basement," he said. "So I kind of don't care anymore. I'm kind of upset by what happened, kind of depressed..."

He told WWJ's Jon Hewett insurance won't help and he has to dip into his retirement savings to repair the damage.

City Statement Regarding July 16th Storm Event Residents of Grosse Pointe Park, Our hearts go out to all of the...

Late June's flooding lead to a disaster declaration in Wayne and Washtenaw counties. 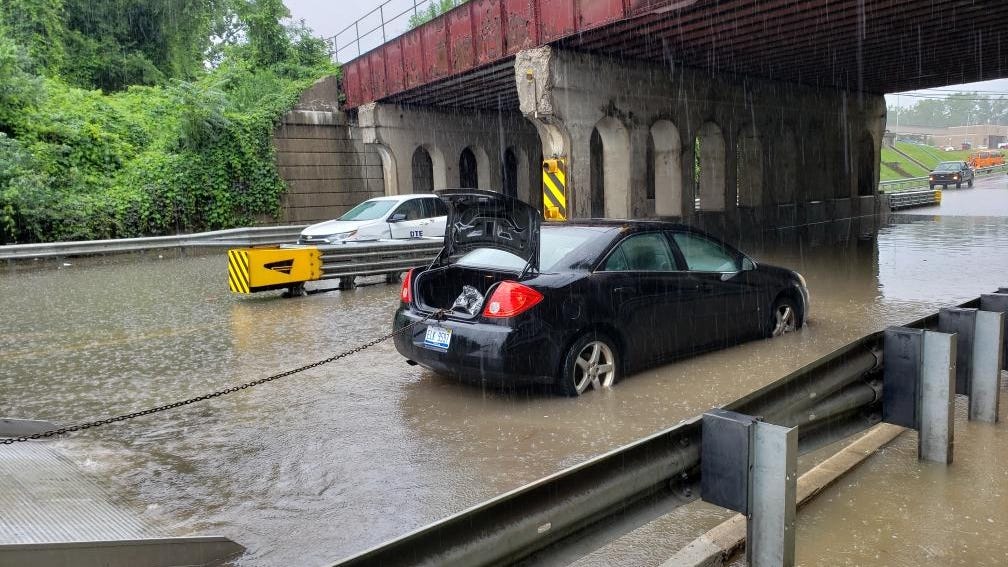 Metro Detroit cleaning up after second round of floods, most freeways back open
Featured Image Photo Credit: Michigan State Police/Screenshot